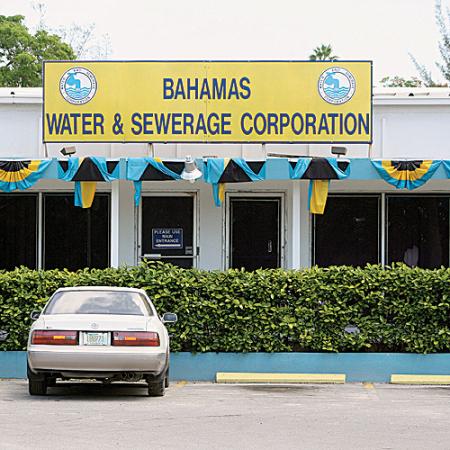 Chairman boasts no customer has been disconnected despite losses

Adrian Gibson, the Long Island MP, added, however, that the corporation has not disconnected a single customer since last March at the onset of the pandemic.

During his contribution to debate on the mid-year budget, Gibson stated: “WSC has had a challenging year — financially. Notwithstanding that, the corporation continues to strive to live up to its mandate to the Bahamian people, largely under-girded by monies from the CDB and IDB.

“We have incurred monumental losses over the last year. That said, contrary to fake news on social media, WSC has not disconnected a single customer since March 2020.

“I encourage persons to come in and pay their bills or at least put something on it — this is how the corporation pays staff, is able to execute repairs and capital works, etc.”

Gibson noted that since Hurricane Dorian impacted Abaco and Grand Bahama in September 2019, a major focus of the corporation has been on emergency response on Abaco and its cays, the restoration of systems that were extensively damaged, system maintenance and, now, system reconstruction.

“To date, WSC has awarded contracts for vehicles, equipment, new facilities, restoration works and services to the tune of some $15-plus million and anticipate needing another $15 million to complete our reconstruction and restorative works in Abaco,” said Gibson.

Just no water in the pipes – no need to disconnect.