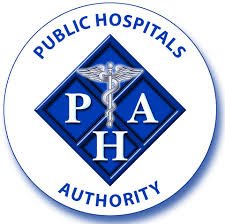 NASSAU, BAHAMAS – Twenty-three state owned enterprises are set to receive $413.8 million in the upcoming fiscal period, according to the 2019/2020 budget introduced in Parliament last Wednesday.

The allocation for subventions represents an increase of $15.53 million, over the $398.29 million budgeted for these institutions this period.

The bulk of the increase will go to the Public Hospitals Authority (PHA) and Bahamasair Holdings Ltd.

The PHA’s subvention of $223.45 million, the largest among the allocations, represents nearly 54 percent of the government’s total subventions.

The subvention also represents an increase of $7.45 million over the allocation this period.

The University of The Bahamas represents the second largest subvention with $30.74 million allocated for the upcoming fiscal year.

The National Health Insurance Authority (NHIA) will receive $20 million, on par with its subvention this fiscal year.

The National Sports Authority will see a decrease in its subvention – from $3 million to $2.85 million; as well as the Broadcasting Corporation of The Bahamas, from $7.97 million to $7.57 million.

During his budget communication, Deputy Prime Minister and Minister of Finance Peter Turnquest revealed that of every dollar spent by the government, 15 cents is provided in subsidies and support for state-owned enterprises, something he said was unsustainable.

He said the Ministry of Finance will undertake a study to get recommendations on cost-recover options related to SOEs.

“In the current fiscal year, Mr. Speaker some $398.3 million was budgeted for subventions to our SOEs, which represents roughly 15.4 percent of budgeted recurrent expenditure.

“This means that 15 cents of every dollar spend by government is going to provide subsidies and support for Bahamian SOEs.

“Recognizing that, over time, the trend in SOE expenditure will be unsustainable, the Ministry of Finance is undertaking a formal study of our Bahamian SOEs with a view to providing recommendations for cost-recovery options and for better reporting to the government and the public of their results and their outcomes.

“This exercise will no doubt force some uncomfortable discussions and it may call for some tough decisions.

“But, as we have proven time and again, this administration will not bow to political expediency, but will again demonstrate the resolve to protect the long-term interests of The Bahamas and a prosperous future for all Bahamian citizens.”