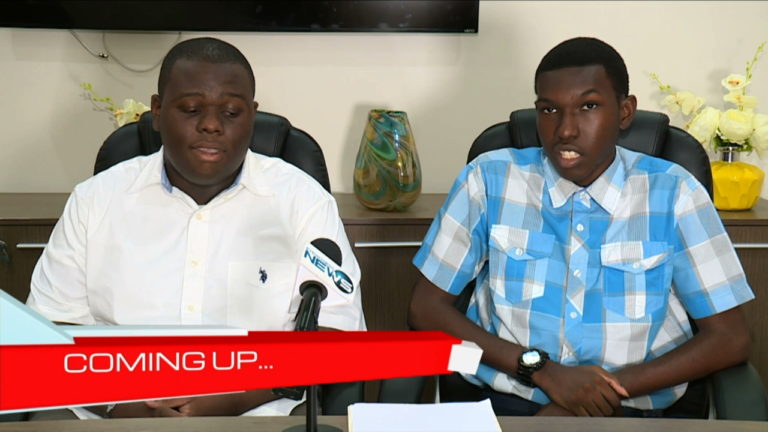 Minister of Education Jeff Lloyd billed it the biggest accomplishment for the ministry thus far, with the program hitting a 90 per cent mark for scholarship awards given to those that were interviewed.

“200 students who applied for the program,” Lloyd explained.

“You do the math. Ninety per cent of the interviews we conducted – that’s 162 out of 178 were successful.

“Previous until now, a majority of our recipients came from the private school, and that’s fine. They’re Bahamians, but we decided something had to be done to enable our public scholars to be also the beneficiaries.”

Davis – a Graduate of C.I. Gibson Senior High school – received a scholarship for Central State University. He told the audience that growing up in Kemp Road wasn’t a “walk in the park”.

“My dad got into some illegal business, causing our doors to be kicked down many nights by police and me being interrogated by them, but. I never allowed that to affect the purpose of my life,” Davis said.

“It is often said all good things come to an end, and in this case, it was my father’s life. On June 1, 2013, about nine gunshots went off. Eight went into my dad and one into our house.

“Watching him take his last breath left me heartbroken and scarred.”

An emotional crowd cheered Davis on as he announced he would be the first person in his family to go to college and the first to graduate as valedictorian from high school.

Shantesh Johnson, another recipient said,she was sent from Acklins, and struggled to stay in a home while trying to attend R.M Bailey, since her mom was diagnosed with thyroid cancer.

She said she moved countless times

“Every time I moved, I lost most or all of my valuables. I never was able to keep pictures, clothes, or anything, however, I was able to keep my brain and the knowledge I received,” Johnson shared.

The program is intended to encourage students, who may lack the financial means, to gain an opportunity to receive a higher education abroad.

The requirements for the grant include leadership capabilities, as well as those that have a focus in a career to address the country’s national needs.

Also, the most sought after are those that will be the first in their family to obtain a college education.