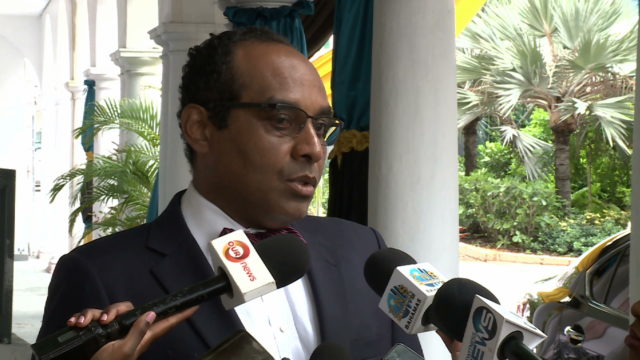 Ferreira pledges to clamp down on lawbreakers in NP, Family Islands

Minister of Environment and Housing Romauld Ferreira made the revelation during his recent contribution to the budget debate in the House of Assembly.

The prosecution unit of the DEHS was reestablished in February.

Chief Magistrate Joyann Ferguson-Pratt has heard a number of environmental cases since then.

Ferreira added that this is the first in recent times that the unit has been active, and its efforts have been effective.

According to the minister, in the 30 cases tried in February, nine people pled guilty.

The combined fines imposed on them totaled $10,225 dollars.

“Thirteen persons pleaded not guilty and the matters were adjourned,” he said.

“Seven persons did not appear and warrants of arrest were issued.”

The 13 adjourned matters from February were heard in April 2019.

Two people pleaded guilty and were fined a combined $2,900 dollars.

In March 2019, there were three cases that went before the court and all pleaded guilty.

The total fines paid was $1,700 dollars in relation to those cases.

The minister said there were no new matters for April.

He added that his ministry has just begun its efforts to bring environmental lawbreakers to justice and cases resume this week.

“They will be heard before Magistrate Samuel McKinney in Magistrate Court #1 on the 18thof June 2019.”

Ferreira also said that efforts will be made to clamp down in the Family Islands.

“We have taken similar steps to ensure that these units are up and running on the islands of Grand Bahama and Abaco and we intend to bring prosecutions there in short order.”