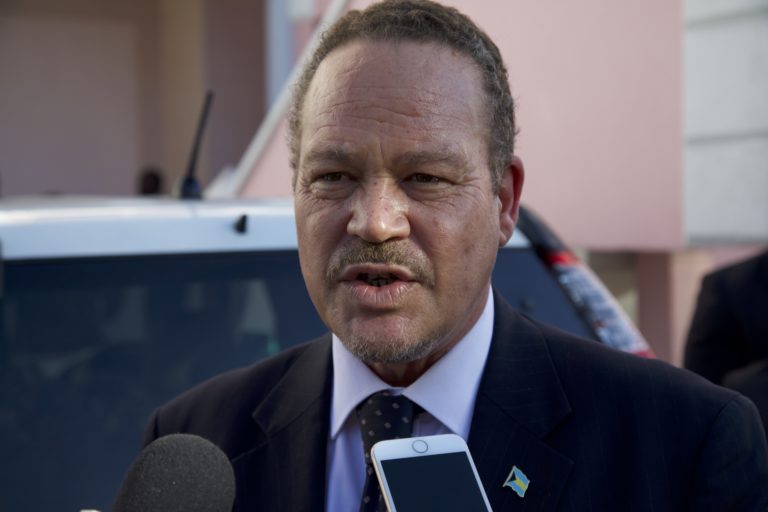 NASSAU, BAHAMAS — Attorney General Carl Bethel said yesterday draftspersons are in possession of marijuana legislation from around the region that could guide The Bahamas’ legislative framework on regulated growing and use of medicinal cannabis.

When asked if the Jamaican model was a front-runner, Bethel chuckled, but did not confirm which model was forwarded.

Prior to Prime Minister Dr Hubert Minnis’ announcement last month that the government will introduce legislation in Parliament to legalize the medicinal use and growing of the substance, a draft bill on marijuana was expected to be presented to Cabinet mid-last year.

In July 2020, the attorney general said a bill on marijuana legislation was expected to be presented to Cabinet “in short order”.

While the prime minister’s announcements may have changed the scope of the legislation being drafted, both government-appointed committees to review marijuana specifically and the economy have green-lighted the substance in December 2019 and October 2020 respectively.

The Bahamas National Commission on Marijuana (BNCM) recommended that marijuana be decriminalized and that individuals be allowed to have a maximum of one ounce of the substance in their possession without prosecution.

The commission also recommended medicinal, recreational and religious use of the substance and put emphasis on Bahamians owning 51 percent of the industry in a legalized framework.

It stopped short of recommending legalization for recreational use.

Meanwhile, the Economic Recovery Committee recommended the government legalize the cannabis industry in The Bahamas with strict controls that would allow production, consumption and exportation of the plant.

The committee wrote a “hybrid approach” that included decriminalization for small amounts and legalization with strict regulatory control would offer an opportunity for economic growth, increased employment, increased revenue from excise and value-added taxes and a decrease in crime as “criminal elements would no longer be suppliers and distributors”.

In October 2019, BNCM Co-chair Quinn McCartney projected The Bahamas could see some form of regulation, not dissimilar to Jamaica’s heavily regulated model, within a short period of time.

The global market of cannabis is estimated to be worth $50 billion within the next decade.

Jamaica has capitalized on the industry, with local farmers cultivating approximately 15,000 hectares of cannabis per year, according to the United States State Department.

The Bahamas’ neighbor decriminalized marijuana in 2015.

Through continued changes it to its legal framework, Jamaica has since allowed its citizens to grow up to five cannabis plants. Possession of two ounces or less has been reclassified as a petty offense. The government has also granted licenses to farmers to grow cannabis for medicinal and scientific purposes.

The country made its first legal export of extracted cannabis oil to Canada in 2018.

I think the time has come for us as a country to pass the bill and move on to the next issue .no more should our young people jailed for this.,