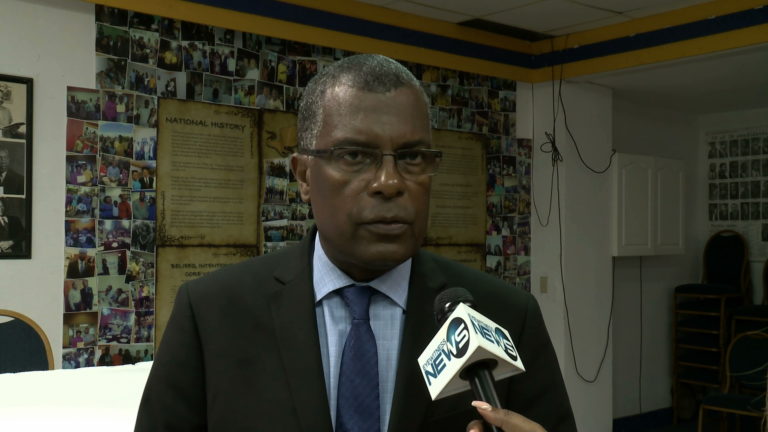 NASSAU, BAHAMAS – Progressive Liberal Party (PLP) Chairman Fred Mitchell said yesterday that the party has yet to make a decision on whether it will cancel its annual convention.

Mitchell told Eyewitness News that the party’s leadership council is not able to convene during the coronavirus pandemic.

“But it looks like force majeure will actually operate right now.”

Mitchell has previously said that while a definitive decision has yet to be made it is likely the event will be postponed.

PLP Leader Philip Brave Davis is currently receiving care in a United States Hospital after he tested positive for COVID-19 earlier this month.

Davis’ family has advised that he is progressing well and remains strong,

On August 15, the PLP advised that Davis and Senator Michael Darville were at the hospital being examined out of an abundance of caution.

Both later confirmed they had contracted the virus.

Davis was flown to a hospital in the US to be closer to his daughter, Philippa, who works as a senior critical care physician, according to Davis.

Last week, the party carried out the sanitization of the PLP’s office at Gambier House, the Lynden Pindling Centre was complete and that staff was able to resume normal working hours.

Mitchell has said he hopes the PLP branches will be in a position to recommend candidates by October.

The PLP Chairman said last week given the loss of confidence by the Bahamian people in the Minnis administration, the only solution the country’s system allows is to force a general election,

Davis has also called on the prime minister to “ring the bell”.

I don’t think the plp is ready with Brave Davis.Until y’all get rid of him nothing is happening. Far as I see he don’t care about any thing in the Bahamas but the bahamian money. If his daughter is such a good doctor why isn’t she here in the Bahamas helping her own people

You really want his daughter to return here as a doctor where both junior and senior doctors either took industrial actions or threaten to do so. Where both doctors and nurses are contracting the covid 19 because lack of PPEs would you want your child to be placed in this situation?