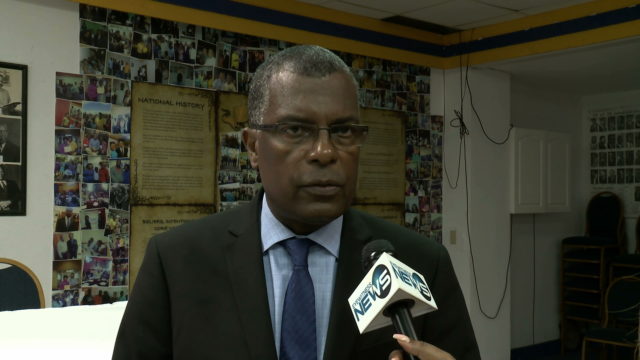 On a local talk show recently, Lloyd declared that the government had broken the law, according to the Planning and Subdivisions Act, which he pointed out calls for the developer to submit an impact assessment report.

That assessment has not been completed and government has since formed a sub-committee to monitor the $5.5 billion oil refinery and storage facility earmarked for East End Grand Bahama.

Following Lloyd’s pronouncements, Bethel clarified that the education minister’s comments had been misconstrued. He told Eyewitness News that “no law was broken, because nothing happened.”

Bethel further stated that a heads of agreement (HOA) is “a framework agreement and not a blueprint, which is inflexible or unchangeable.”

Mitchell, however, contends that government should have approached the deal with caution.

“The government should speak with one voice,” Mitchell said.

“The Oban deal smells of corruption and malfeasance… The prime minister and his colleagues refused to take the advice of the PLP and step away from this bad Oban deal. Instead they doubled down on it.”

The PLP Chairman added that the former administration left the deal in abeyance.

“They came with a proposal. We looked at the proposal, made certain observations. The minister for Grand Bahama went, inspected the site, made certain observations, but the letter that was issued to them said this – you come back to us with the following things. One of which was evidence of funding, the other was the environmental impact and there was a list of other things we needed them to fulfill,” he said.

“We told them when you come back with that, then we can talk again.”

Mitchell concluded that the government is in disarray and “someone should fall on their sword and step down.”