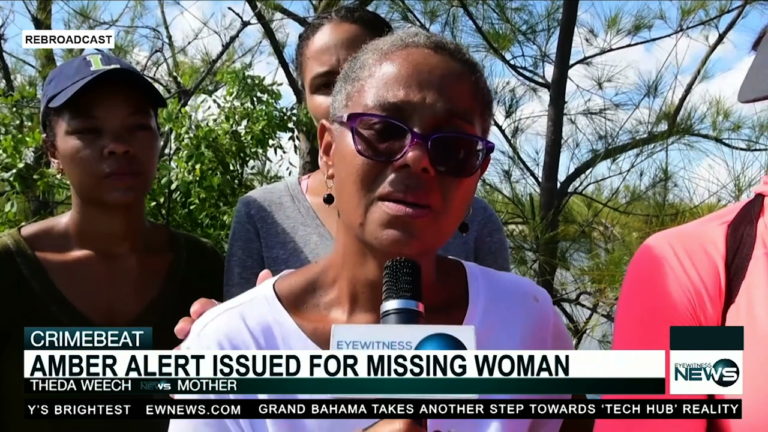 Twenty-seven-year-old Amber Weech, who was reported missing since Wednesday, September 12, was found Friday night with no apparent harm according to family members.

According to Gina Wallace, Weech’s aunt, Weech made her way to her father’s house.

“We just got the news, God is good,” said a relieved Wallace.

With the help of the Royal Bahamas Defence Force’s (RBDF) southern coastal team, Weech’s family took matters into their own hands and began searching for the young woman from Thursday night.

“We decided that we needed to do something and not sit on our butts and wait for the authorities; we decided we needed to find her,” Wallace said.

“I told you we were going to find her today,” she professed to Eyewitness News confidently when interviewed Friday afternoon.

At the time the interviews were conducted – during the family’s search efforts – Weech’s aunt highlighted the missing woman’s character.

“Furthermore, she has not been found. so all the fake news circulating around social media indicating that she has been found is false and needs to stop.”

The family also took to social media appealing to the public for their help and explained, that, while Weech was battling some personal issues, there was no need for the public to fear her if seen.

“We want to lay our heads down in peace at night, we want to sleep, and we are just asking you please come forward with anything. You may think it’s simple, it’s random, but just call me and I will let the police take it from there.

“There is no need to be afraid to approach her. She is able to speak on her own. She is able to tell you her name. We are just asking for the same kindness and love she will give you to give her. Please help us bring her home.”