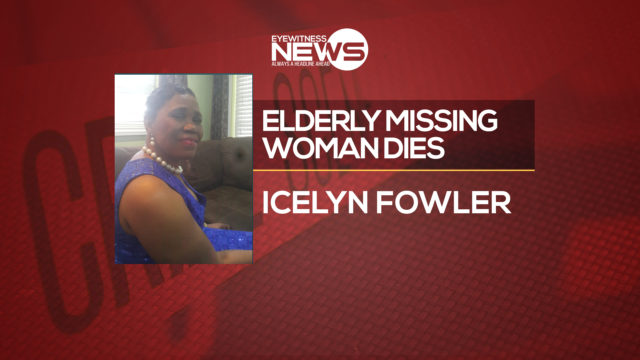 Family members confirmed Wednesday that the body of the elderly female that was discovered in a field on Rose Close off Hanna Road was in fact that of Icelyn Fowler, who was reported missing just hours earlier.

Police said the body was found around noon yesterday.

Fowler, 70, a resident of Lumumba Lane, was reported missing to Eyewitness News by her family on Tuesday, after family members claimed police were not very cooperative in their quest to find their loved one, who they said suffered from Alzheimer’s.

Police, the family insisted, told them that they could not file a missing persons report until that person had been missing for at least 48-hours. That’s when they called Eyewitness News to broadcast a message of their own.

According to the family, she was last seen wearing a sleeveless mickey mouse t-shirt and depends undergarment.