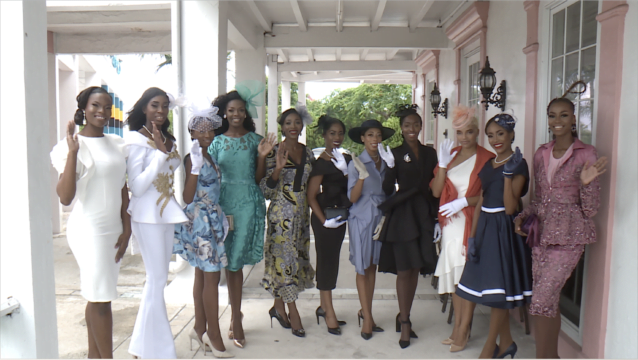 NASSAU, BAHAMAS — Amid public scrutiny concerning the quality of participants in this year’s Miss Bahamas Universe, the contestants yesterday spoke out for the first time and said they remain undaunted by their critics.

Last week, campaign video published on The Miss Bahamas Universe Facebook page was designed to showcase the 11 women vying for the crown.

The video, which was removed from the organization’s Facebook soon after its release, received over 3,000 views.

However, there was mixed reaction to the video, with some asserting contestants were “unfit” due to their physical appearance.

Others criticized some of the contestants’ physical appearance.

There were some who defended the women.

Miss Bahamas Universe contestant Katherine Weech, who was the subject of memes and gif-images, told Eyewitness News Online that while she observed the online bullying, she has not been deterred from competing.

“Not everybody is going to like your look,” she said.

“You have to say I am uniquely and confidently beautiful.

“I am going to do this despite what anybody has to say about me.”

Weech, who was flanked by the other 10 contestants, said the public’s criticisms have unified the women, who will compete against each other.

The contestants made a courtesy call on Governor General C. A. Smith at Government House yesterday.

“All of us teamed up and we [said] girls, we’ve got each other,” she said.

Reigning Miss Bahamas Universe 2018, Danielle Grant, said she spoke to the contestants following the strong public reaction and motivated them to remain confident in themselves.

“It takes a lot of thick skin and you have to have confidence and a whole lot of self-esteem.”

“I’ve been giving a lot of words of encouragement; letting them know this is just the beginning of it. You have to rise above it, and that’s what a true queen does — rise above it.”

National Pageant Director Anthony Smith also said it is important that people become sensitized to the different types of beauty.

“It’s multileveled when you interpret that.”

Smith said the public should put more importance on the humanitarian work of contestants.

“When we see millennials, who want a chance to represent [the] country, it’s a game changer,” he said.

“That’s what these young ladies represent in terms of who they are as individuals — very big hearts, a lot of compassion for others and very intelligent about their platform.”

According to Smith, the organization picked each contestant because they possess what it takes to compete on an international stage.

“We send out casting calls, ladies come in, the team looks [and] we make our decision,” he explained.

“If you are the Miss Bahamas Universe fit, under the Miss Universe standard, then you are accepted into the program. There are no mistakes here.”