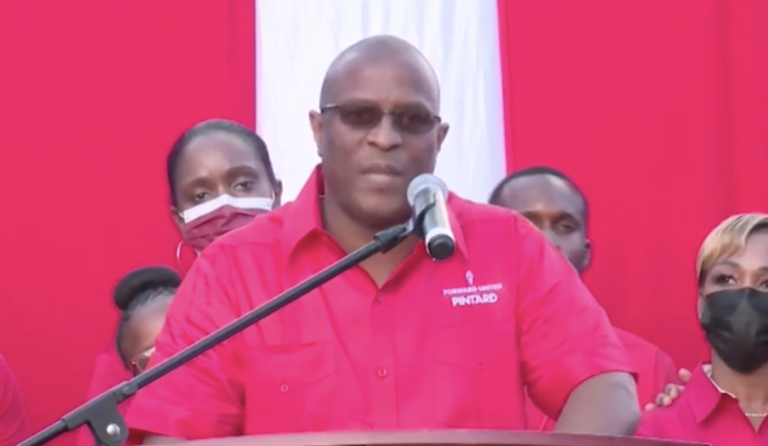 During a press briefing last week, Pinder said the Davis administration will rewrite the law to enhance transparency and give the government the ability to quickly respond to situations.

Pintard, who also called on the government to be clearer about its marijuana plans, said the attorney general and the prime minister have either not read the law or are deliberately misleading the public.

He said: “Section 34 of the Public Procurement Act speaks to what is called ‘Limited Bidding’ and it lays out how the government can engage a single vendor to do work when the circumstances so demands. In Section 34 (c), it expressly grants permission to the government to use limited bidding in instances of emergencies or other exigencies when a full procurement process would not be feasible.

“So we do not understand why the AG and the Prime Minister would mislead the public to think that the PPA is stopping the government from responding to any urgent matter when it is patently clear that the PPA anticipates these inevitable situations and gives the government the flexibility to deal with the same.

“What is plainly true is that the government does not want to trouble itself with fair and open and transparent bidding processes for the vast majority of works that are not urgent matters. They want to be able to dish out large and small contracts to their cronies for purely political ends.”

The Public Procurement Act requires that a notice of a contract award be published within 60 days of being granted. The notice must show the title of the bid, the name of the procuring entity, the selection method used, the name and address of the bidder and the procurement contract price.

Since the law came into force last September, the government has not complied with the disclosure requirement.

“Neither the AG nor the Prime Minister can or would explain why the government continues to break the law and not publish the summary details of all relevant contracts as required by the law,” Pintard said.

“Neither the AG nor the Prime Minister can or would explain why the government Authorities and Corporations are continuing to break the law and not publish its procurement guidelines online, nor publish who has obtained contracts from these State-owned entities.

“As for plans to modify the PPA, the Opposition reminds the government that the PLP unanimously supported the PPA when it came to Parliament. Why was the legislation fine with them then?

Pinder also said last week that two bills are being prepared to deal with marijauna, one concerning the development of industrial hemp and the other concerned with a medical marijuana approach. He confirmed yesterday that the bill will include the decriminalisation of small amounts of marijuana.

Pintard, however, said the government has not been forthcoming enough about its plans.

“The government has not been absolutely clear on what their intentions are, therefore a fair amount of confusion has been created among various stakeholders who have already participated in a series of national discussions around the issue of both marijuana and its possible uses, as well as industrial hemp, which is a non-stimulant variety of the root plant from which both cannabis as well as industrial hemp comes,” he said.

“What would be important is for the government to release a written statement, clearly indicating what their intentions are. This is important because the coalition that was built had arrived at a number of conclusions. Those conclusions were stated for the public and independent of those comments, an actual report was prepared by what was then termed the Marijuana Commission.

“It would depending on what the timeline is. If they release it and you have the shortest possible time so that persons are unable to review the ills, then that is a problem and the attorney general has not given sufficient time on a number of the previous bills that we’ve debated in the House and the Senate. So as long as there is ample time so we are able to study it I think that would be appropriate.”