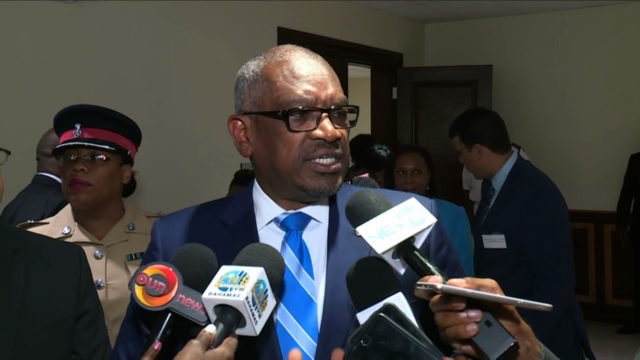 While the top brass of the Royal Bahamas Police Force (RBPF) confirmed Monday that crime is down, Prime Minister Dr. Hubert Minnis asserted that more can be done to wage a serious war on crime in the country.

Dr. Minnis said a new approach to tackle the psychological effects of crime and its domino effect, which is sometimes not manifest until years later, is where the country now needs to focus its efforts in the crime fight.

He lamented Monday that families, and communities at large, must become involved in the fight against crime.

He agitated for a more holistic approach.

“If we are to save the nation families must not just look at overt criminality but they must look at how they can help to stop what will occur 10 to 20 years from today,” Dr. Minnis shared.

“That is what we must wage a war on.”

The prime minister asserted that the war must start now.

“They go astray because we have caused psychological damage to be inflicted on them 10 years ago and then we see the after effect 20 years later.”

The most recent brazen daylight shooting of an off-duty police officer shocked the nation.

The crime unfolded just a few feet away from the main entrance to H.O. Nash Junior High School.

Dr. Minnis said these are the instances which require community and family involvement to ensure that the process of healing happens immediately to mitigate a violent psychological break-down years later.

“You could imagine what has happened to the students at H.O. Nash school and the family members. You can also imagine if someone is raped or robbed in their home, the psychological impact. We, right now, just look at capturing the criminal but not the psychological effect of what it has done to that family, but also what it has done to the nation,” the prime minister said.