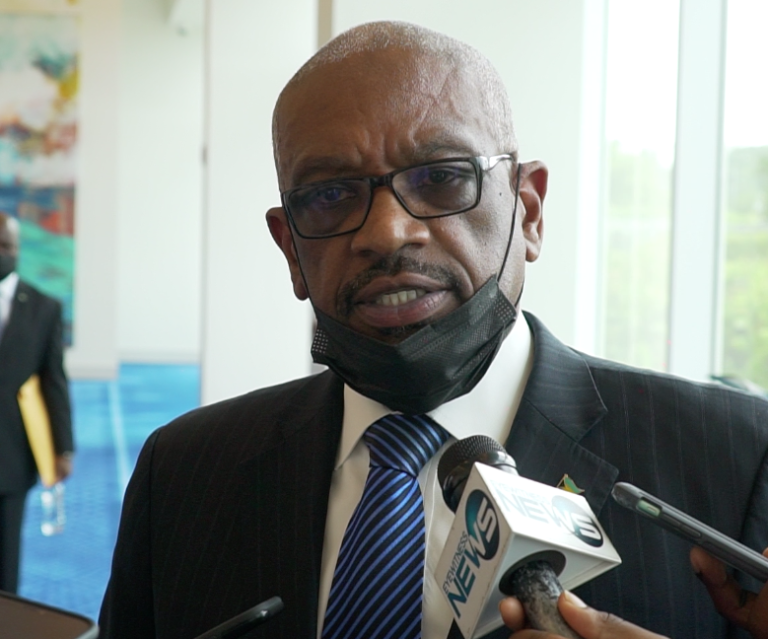 NASSAU, BAHAMAS — The government should step in and cover the cost of testing for unvaccinated Atlantis employees, according to Opposition leader Dr Hubert Minnis.

While addressing the issue with reporters following the opening of Parliament Dr Minnis suggested that since free testing was a commitment of the Davis administration, the government should step in and cover the cost of weekly COVID-19 tests for unvaccinated Atlantis employees as required by the company.

Prime Minister Philip Davis said on Wednesday Atlantis’ mandate that all unvaccinated employees must pay for their own weekly rapid antigen test will likely “fall away” once government fulfills its free COVID-19 testing pledge. He admitted however that it will take some time for government to implement.

Atlantis has maintained its position that unvaccinated employees must pay for their weekly rapid antigen tests despite a recent announcement from Labour and Immigration Minister Keith Bell that the resort had agreed to hold off on the policy.

The move has been met with harsh criticism from The Bahamas Hotel Catering and Allied Workers Union (BHCAWU) whose president Darrin Woods recently told Eyewitness News that the action was unlawful.

This man speaks from both sides of his mouth! Just go away already!

Why should we Bahamians have to pay for testing as part of a requirement for a private operation?? Davis’ comments on antigen testing was intended for Bahamians who are sick to ensure they have access to care, not for the government to pay so people can work.

Atlantis has plenty of money. Let them test their workers if they need testing. Government should not be paying the way for private organizations to profit!

Didn’t they have to pay when he was PM?
This is why our country can’t move forward. Those in power do nothing and when they leave they all of a sudden they for the people.

Minnis needs a dark, quiet corner to disappear into. I don’t want to hear from ANY former Prime Minister. All of them are hypocrites and deserve nothing but jail time.