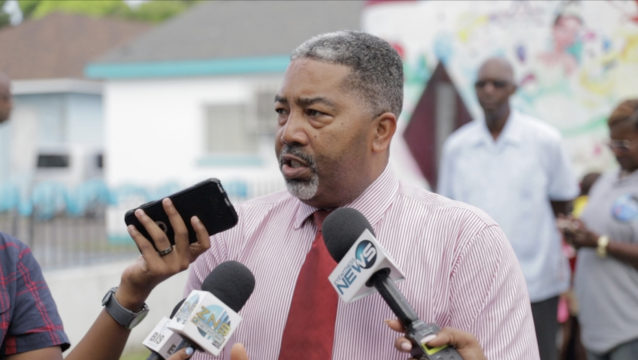 NASSAU, BAHAMAS — Minister of Social Services and Urban Development Frankie Campbell has labeled assertions on social media that the government intends to cut social service assistance to Bahamians who have received assistance for ten years or more as erroneous and absolute misinformation.

He opined that the false claims were intended only to create mischief.

“The misinformation that has gone viral is definitely erroneous and definitely not consistent with the pronouncements made by me as minister of social services and urban development in the House of Assembly during the 2019 budget debate,” the minister said.

Campbell said the 2019/2010 budget reflects increases in the allocations for social assistance, including uniform allowance and food assistance, all of which he communicated during the budget debate in Parliament.

According to the minister, the government would not increase the budget for social assistance if it were planning to cut assistance to the public.

Campbell said officials at his ministry continue to engage in discussions geared toward empowering those receiving assistance to promote a greater degree of independence.

It is hoped that families receiving social assistance will eventually be able to forgo it as a result of being empowered, indicated Campbell, who said this was keeping with the government’s ongoing efforts to create employment and entrepreneurial opportunities for all Bahamians.

He pointed to the government’s efforts to facilitate a greater number of small and medium-sized businesses across the nation.

Officials have also discussed identifying Bahamians, including those receiving social assistance, who would make good candidates for educational opportunities offered by the government at the University of The Bahamas, the Bahamas Technical and Vocational Institute (BTVI) and the National Training Agency (NTA).

Campbell insisted that the Minnis administration is a caring government that continues to seek out and establish opportunities that will create a greater economic opportunities for Bahamians, especially those in inner-city communities who are particularly vulnerable.