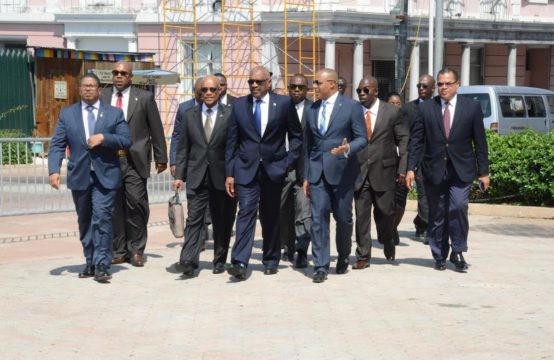 As government prepares to present its 2018 -2019 fiscal budget on Wednesday, a number of Cabinet Ministers weighed in on what will be the primary focus within their ministries for the next budgetary term.

This year’s budget will seemingly be the first authentic budget of the Minnis-led administration, as the nation’s leader declared last year that he and his cabinet inherited the existing financial blueprint of the last Progressive Liberal Party (PLP) government, when they were voted out of office last May.

Labour Minister Dion Foulkes shared that his ministry will be focused on training this budgetary period, in an attempt to fill the existing skills gap in the country.

“We want to ensure that all of our curricula at all of our institutions meet the demands of the marketplace,” Foulkes said.

“We think that it is antiquated. We want to do what ever we can to build on that.”

Foulkes comments come as thousands of college and high school graduates will begin looking for employment soon. As unemployment remains high among youth, Foulkes noted that it is imperative for advancements to be made in training and education to ensure that the youth are more marketable.

Tourism Minister Dioniso D’Aguilar also shared the focus of his ministry for this fiscal period, noting that the tourism sector is changing. During last year’s budget, he announced several cuts back within the ministry, which included jobs.

D’Aguilar stressed that things have since leveled off and on must realize that what was required of Tourism in the past is no longer needed.

“There is no move afoot to impact the head count now … What we have to remember is that the way we do tourism is no longer relevant. In those days people used to go to travel agencies and book. Now, people go online,” he said.

“It behooves the ministry not to adapt to this changing world. When we had large offices all over the world with tons of people… that model doesn’t work anymore. This budget cycle we want to focus on new markets, increase our airlift and aim for more heads in beds.”