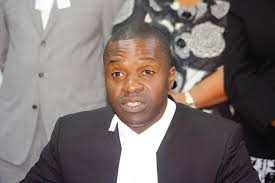 “Women are not property,” charged Minister of State for Legal Affairs Elsworth Johnson, as he gave his contribution to the mid-year budget in Parliament Tuesday.

The government is currently looking to amend the Sexual Offenses Act to provide for aggravated spousal sexual abuse or marital rape.

Johnson told parliamentarians that consultation on the controversial issue continues, especially within church groups. Religious leaders, he added, have also given their suggestions and presented a counter proposal but the issue, he said, is not “set in stone”.

“This is just simply consultation with members. I commend the church, some of whom are split on the issue. I commend the government for not being afraid to tackle these issues,” Johnson said.

“I want to remind the public who said you can [not] murder or steal [from a] spouse or do any other offense under the penal code … I want to tell them that, in that same vein, that women are not property.”

Johnson said The Bahamas is signed on to a United Nations (UN) convention to end all discrimination against women and he hopes that the deliberation will be “sober.”

Giving examples from various discussions, Johnson said, he was shocked at some of the things that were reported to have happened within marriages.

“One reverend got up and said he was so afraid of his father when he came home from the contract, that his mother would hide in the bush because he would chase her with a dagger,” he said.

In the amendments to the Sexual Offenses Act, the new clause provides that a complaint under the section must be made within one year after the cause of the complaint arose.

He said, “The clause further provides that the offending spouse will not be prosecuted without the consent of the attorney general. It should be noted that although the proposed offense is not labeled as marital rape, it still has all of the elements of the offense of rape in marriage.”