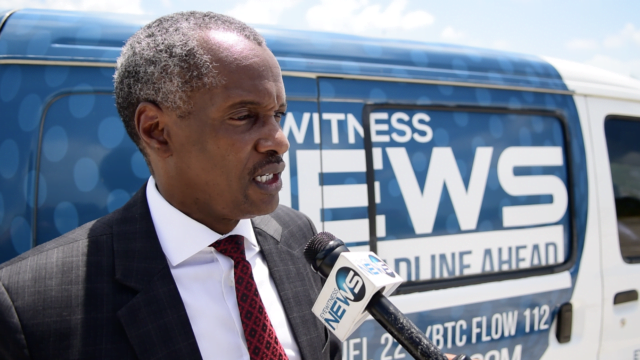 Omar Archer suggests director of works should be fired

In a voice note that made the rounds on social media, Archer alleged that Roach was undermining the Minnis administration’s chances at the polls in the next general election by her alleged actions.

“She does not adhere to party policies of this government,” he said

“For far too long I watched her turn away contractor after contractor because she wants to give contracts to the contractor of her choosing. In some cases, one contractor would get seven or eight jobs. Why is this happening?”

When contacted, Roach declined to comment, only saying, “I don’t listen to voice notes and I have no interest in this”.

She has said that the director of works does not select contractors.

In an interview with Eyewitness News, Bannister applauded Roach for her work within the ministry.

He acknowledged that the ministry has faced some challenges, but noted that Roach was not putting anyone one group ahead of the other.

“There are some challenges within the Ministry of Public Works that are being dealt with as we speak,” he said. “She (Roach) is not a political animal. She does not put one side ahead of the other side and she is just trying to do her job.”

But Archer said Roach and her alleged practices were “detrimental” to the Free National Movement.

“Her actions if not checked and checked immediately would definitely be the reason why this government would not see a second term,” Archer charged.

Bannister was asked if he had any regrets about appointing Archer given his reported controversial nature, however, Bannister praised the Registrar of Contractors.

“He has a role to play in the Contractors Association and as I said to him, we just need to help him to understand that role that he serves in.”

Sands claimed that Archer was not qualified for the job.

At the time, Prime Minister Dr. Hubert Minnis also defended Archer, claiming that he was a Bahamian like everyone else and deserved to work.