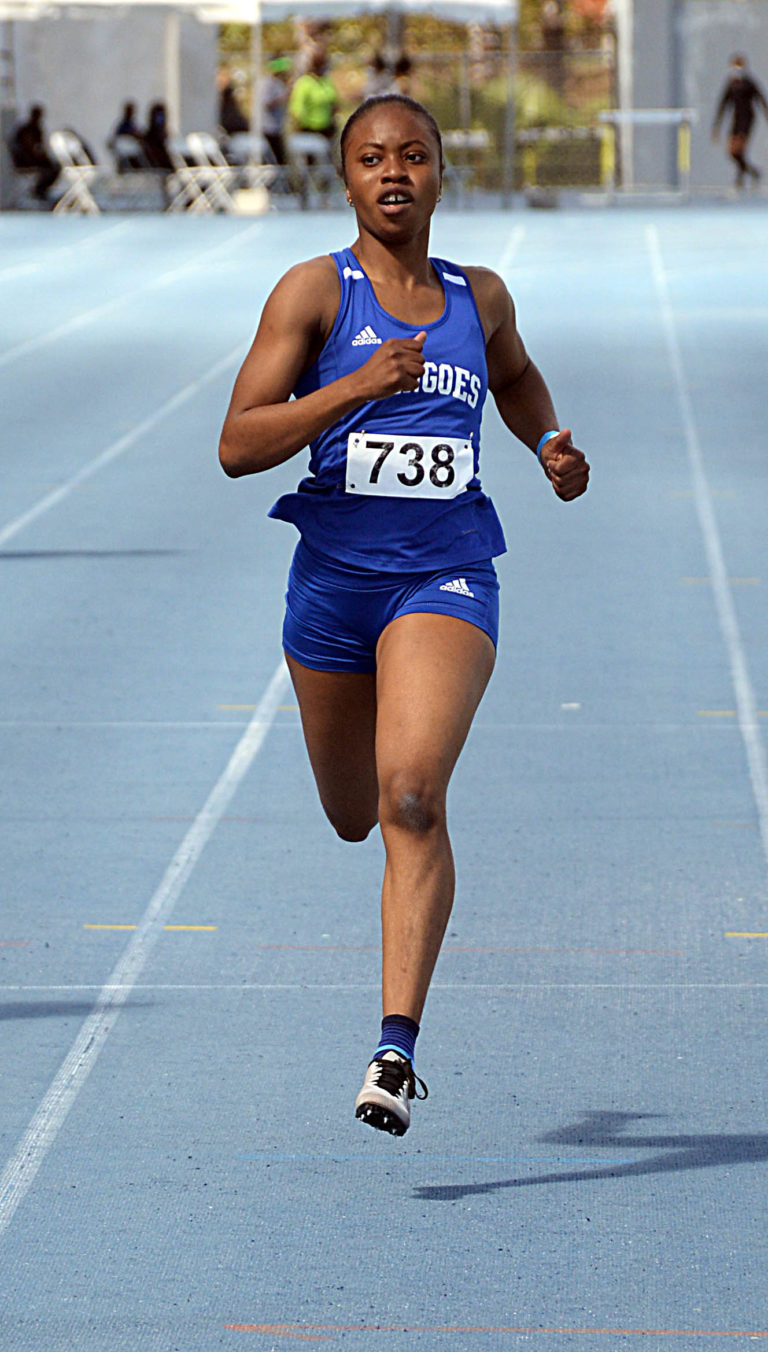 NASSAU, BAHAMAS — The University of The Bahamas (UB) Athletics team picked up two wins to at the Road Runners Track Meet over the weekend at the Thomas A Robinson National Stadium.

Mingoes Head Coach Ednal Rolle said: “We had some really strong performances. The wind was really strong out there and some of our athletes had to fight, but overall I think we did pretty good as a team.”

Josey won the open women’s 200m event in 26.60 seconds after a strong start out of the blocks. Coming off the curve, she was very relaxed and picked up the win.

She said: “I just listened to coach and went up the hill and came down the hill in the second half of the race and cruised to the win. I really liked my start, especially considering I usually have problems with my blocks and I didn’t today so that was a good thing.”

Lundy won the open women’s 100m hurdles with a time of 15.90 seconds. She said she could have attacked the hurdles a bit more but still felt great about picking up the win.

“I liked my start but I felt like I was floating over the hurdles,” she said. “I need to work on that more before the next race.”

“It was a strong headwind out there and I was really fighting that,” he said. “I had to come out harder and push off much harder but it was ok.”

Mingoes multi-event specialist Kendrick Thompson tied for second place in the open men’s 400m in 49.03 seconds. Andre Wells had the same time. Ian Kerr won the event in 48.92 seconds. Mingoes sprinter Donya Roberts finished second in his heat and sixth overall in a time of 50.86 seconds.

Paige Stuart had the best performance in the under-20 girls 200m for UB. She won her heat in 26.38 seconds but placed eighth overall.