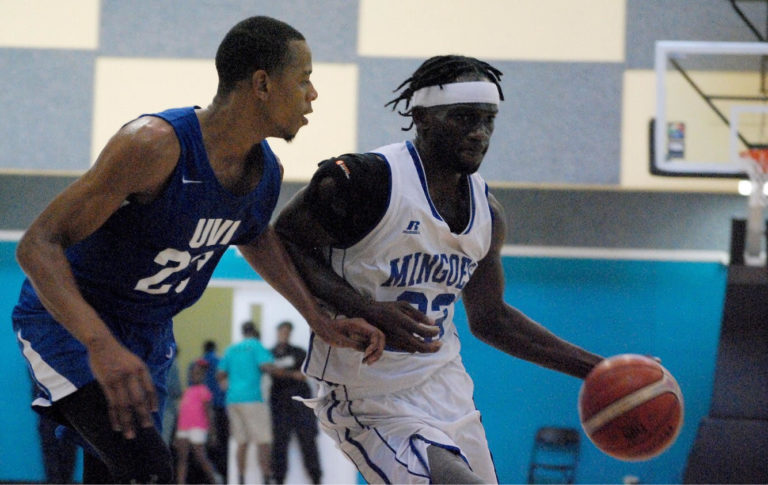 The games were part of UB’s homecoming celebration.

The Mingoes fell 102-85 on Friday and 81-72 on Saturday. Both games were played at the Kendal Isaacs Gymnasium.

We saw that the team had grit against an opponent that outmatched us in size,” head coach Bacchus Rolle said. “We can use that as we move into the start of the New Providence Basketball Association season next week.”

Kemsey Sylvester led the team in the scoring column in both games. He had 22 points and five rebounds on Friday, and followed that up with a 30-point, 12-rebound performance at home.

Despite getting off to good starts in both games, UB struggled on the defensive end of the floor, allowing UVI to pull away in the second half of both games.

The Mingoes will move on to compete in the New Providence Basketball Association (NPBA).