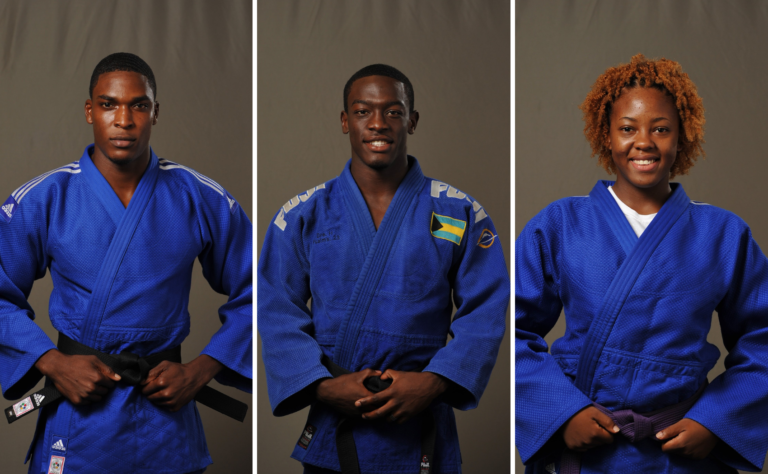 Desmondo Bootle, a junior engineering major (Abaco Central High School), is expected to compete in the 81kg category and he says he’s ready to hit the mat.

“I’m excited but I know I have to be more aggressive because the fighters out there are going to be way more experienced than me,” Bootle said.

Dre Hall, a freshman biology-chemistry major (Tabernacle Baptist Academy), said he knows he’s one of the shorter competitors but is using it to his advantage in the match.

“I have to attack more because I’m usually a counter fighter but at this level, I have to take the match to my opponent so that is something I will be working on,” said Hall who will compete in the 73kg division.

“I’m not changing much but we are just sharpening our skills to bring home the gold.”

“Going into this meet it’s a new experience and if I put my mind in it and listen to my coach I can do well,” said Pennerman, who is expected to compete in the 70kg division.

Competition starts on Wednesday, October 17, 2018, at The Imperial Ballroom at The Atlantis Resort, Paradice Island.