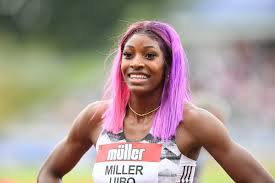 Shaunae Miller-Uibo on Monday was named as the North American Central American and Caribbean (NACAC) female athlete of the year.

Miller-Uibo was undefeated in all competitions in 2018. She won the International Association of Athletic Federations (IAAF) Diamond League final in the 200-meter (m) dash. She also won at the IAAF Continental Cup Ostrava and equaled the world best for 300m.

Miller-Uibo is also one of 10 women in contention for the IAAF Female Athlete of the Year award.

The list was selected by a panel of international athletics executives, made up of representatives from all six continental areas of the IAAF. In order for local fans to vote for Miller-Uibo, they have to go on the IAAF’s social media pages and like and share her photo. The winner of the award will be announced during the IAAF Athletics Awards in Monaco on December 4.