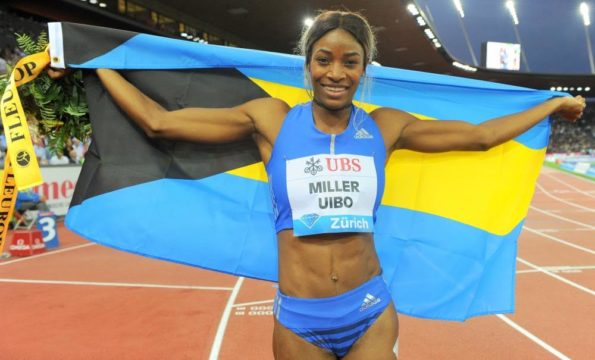 Shaunae Miller-Uibo remains undefeated on the 2018 outdoor track and field season, as the Olympic gold-medalist picked up another win on Saturday in the women’s 200-metres (m) at the Racers Grand Prix in Kingston, Jamaica.

Miller crossed the line in 22.11 seconds, defeating Jamaicans Shericka Jackson and Sashalee Forbes, who were second and third respectively, in 22.62 and 22.86 seconds. Tynia Gaither also ran the race, finishing seventh in 23.46 seconds.

“I felt really good going into the race,” said Miller-Uibo following the race.

“I came out focused on having a lot of fun and putting on a great show in front of the crowd. The time is very consistent with what I have been doing so far this season, so I am very pleased with the run.

“For the remainder of the season, I’m just focusing on staying healthy and trying to keep my times consistent.”

Also, in Jamaica, Jamal Wilson pulled off a win in the men’s high jump with a leap of 2.24m.

Alexander Brown from Panama, was second in 2.21m and American Landon Kyle picked up a bronze medal in 2.21m as well.