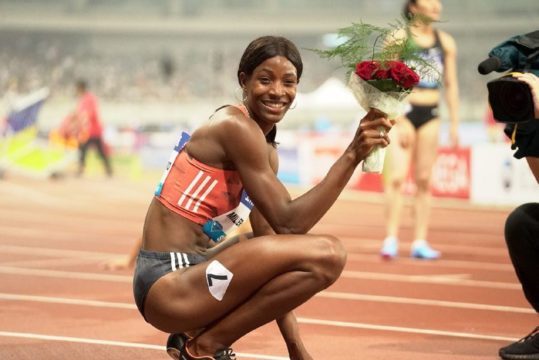 Shaunae Miller-Uibo continues to dominate the 2018 outdoor track and field season, picking up another win yesterday in the women’s 400-metres (m), at the Gyulai Istvan Memorial in Szekesfehervar, Hungary.

Miller-Uibo crossed the line first in a new meet record of 49.53 seconds, while Americans Phyllis Francis and Shakima Wimbley were second and third in 50.95 seconds respectively. Francis had a slight edge at the line, which allowed her to take the silver medal.

Over on the field, Donald Thomas finished fourth overall in a season’s best 2.32m. Thomas hit the mark on his third attempt, just before bowing out at 2.34m. Mutaz Essa Barshia from Qatar, won the event with a season’s best leap of 2.40m.

The Gyulai Istvan Memorial was first held in 2011 at the Ferenc Puskas Stadium in Budaest. The meeting is currently part of the International Association of Athletic Federations’ (IAAF) Hammer Throw Challenge. The event is named after Istvan Gyulai, who died in 2006, and served as secretary of the IAAF.