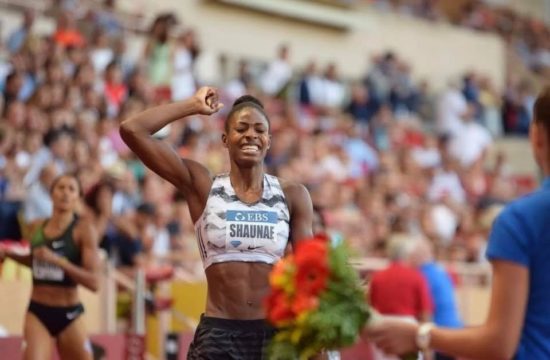 Olympic 400-metre (m) gold medalist Shaunae Miller-Uibo set herself apart from the rest of the female quarter-milers around the world yesterday as the International Association of Athletic Federations (IAAF) Diamond League made a stop in Monaco.

Miller-Uibo set a personal best, national record, Diamond League record and world-leading time yesterday, clocking 48.97 seconds to pick up an easy win in the 400m. She also picked up 16 Diamond League points in the process. Tonique Williams previously held the Bahamian national 400m record with her time of 49.07 seconds, which she set in the 2004 Golden League finale in Berlin, Germany.

“I got the sub-49 time that I was waiting for, so I’m very happy,” Miller-Uibo said after the race.

“The crowd here is amazing, (Eid Salwa) Naser was having a great race and that helped too. It was only my fourth 400 of the season. Me and my coach are trying out different strategies. My goal for the remainder of the season is to remain consistent on this level.”

Naser, from Bahrain, was second in a personal best 49.08 seconds, and American Shakima Wimbley was third in 50.85 seconds.