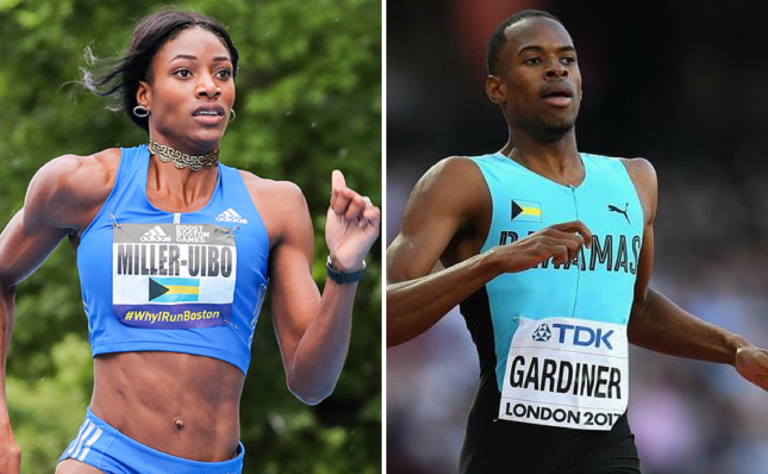 Two of the country’s premier track and field athletes lived up to the high expectations placed on them headed into the second meeting of the International Association of Athletic Federations (IAAF) Diamond League in Shanghai, China.

On Saturday, both Shaunae Miller-Uibo and Steven Gardiner clocked new meet records in their respective races.

Miller-Uibo captured gold in her Diamond League debut against a competitive field in the women’s 200-metre (m) dash in 22.06 seconds, beating out two-time IAAF World Champion Dafne Schippers (22.34 seconds) from the Netherlands, and Marie-Josee Ta Lou (22.58 seconds) from the Ivory Coast.

Miller also barely missed out on setting a new world leading time. Okagbare-Ighoteguonor from Nigeria, is the current world leader. She registered 22.04 seconds in Abilene, Texas on March 24.

“I’m pleased with the way that I performed,” Miller said following the race.

As for Gardiner, he earned his second 400m win of the 2018 Diamond League season. The 6’2” Olympic silver medalist went under 44 seconds for the third time this season, crossing the line in 43.99 seconds.

“I felt really good and had some fun,” Gardiner said about the race.

Gardiner earned eight more points with the win, bringing his total to 16. He currently leads the Diamond League point race in the men’s 400.

Miller and Gardiner will do a bit of a swap on the next stop of the IAAF Diamond League. The Prefontaine Classic takes place May 25-26 at the Hayward Field in Eugene, Oregon. At the meet, Gardiner will move down to the 200, while Miller-Uibo competes in the women’s 400.