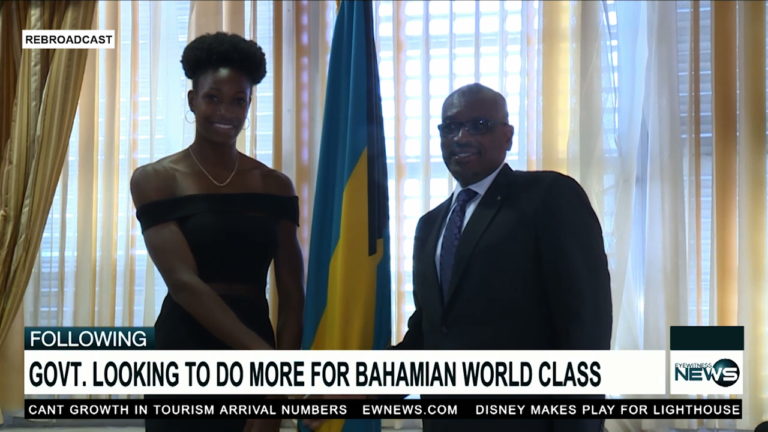 Wrapping up her homecoming tour yesterday with a courtesy call to Prime Minister Dr. Hubert Minis at Cabinet Office, Shaunae Miller-Uibo noted her plans to represent the country next season, and also at the 2020 Summer Olympic Games in Tokyo, Japan.

“Although I didn’t run as many in competition, I ran a lot of 400’s in practice. Seeing that it was an off-season, I thought I’d use it to develop and become a little faster in the short sprint. With this new experience under my belt, I look to continue bouncing between the two races, and ultimately running the double in 2020 is my goal.”

At the ceremony, Dr. Minis congratulated the 6’2” sprinter on her undefeated season, and also gave votes of thanks to her husband, parents and other family members.

In July, Miller-Uibo lowered the national record in the 400 in Hungary, crossing the line in 49.53 seconds at the Gyulai Memorial.

She also picked up the International Association of Athletic Federation (IAAF) Diamond League title in the 200 to close the season, winning the event finale in 22.12 seconds.