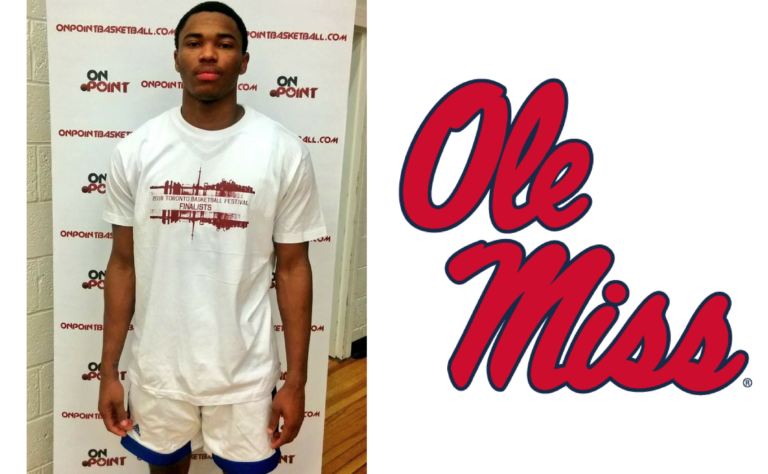 Franco Miller Jr. made the biggest decision of his collegiate career Thursday, as the 6’2” guard yesterday announced his commitment to the University of Mississippi (Ole Miss) to play for the Rebels in the fall.

Miller, who narrowed his offers down to four schools last month said, he chose Ole Miss for the fact that he’d be able to play a lot of minutes out of the gate. He chose the Rebels over offers from Oregon, Minnesota and Oklahoma among others at a ceremony at his former high school in Grand Bahama.

“When I went on the visit, coach Davis went through some film with me and showed me the system they ran, and I could see myself doing that, and that played a role in my decision,” Miller said.

“At Ole Miss, I’d be able to have the ball in my hand and be able to play a lot right away, which is also something that I was enthusiastic about.”

Prior to the showcase, which featured some of the top grassroots prospects in the United States, Miller only had offers from mid major schools.

“At one point, I told my dad I wasn’t sure if this was still what I wanted to do, seeing that the major schools weren’t offering,” he added.

“But leading up to the Iverson Classic game, we had three … major coaches come in to watch us scrimmage, and that day, I got three offers. Then the Oklahoma offer came in and everything changed after that.”