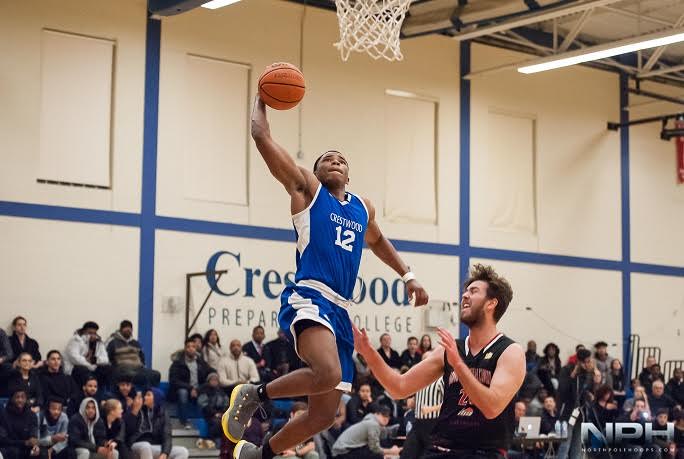 One of the country’s premier grassroots basketball players will make one of the biggest decisions of his life next week.

Franco Miller, yesterday, announced that he will select which college he plans to attend in the fall on May 10 in Freeport, Grand Bahama.

Miller, a graduate of Tabernacle Baptist Academy, played a season of prep basketball in Canada this past season with the Crestwood Prep of the National Preparatory Association (NPA). In his only season with the Tigers basketball club, Miller led the team in scoring at just over 20 per game. He also grabbed three rebounds and handed out three assists.

Miller said playing on the Amateur Athletic Union (AAU) circuit helped with gaining initial interest from major schools, but getting selected to several prestigious end-of-season showcases put him over the top.

Up until January, Miller had received just four official National Collegiate Athletic Association (NCAA) Division I offers. But now, just days before he commits, he has 12 altogether.

“Playing on the AAU circuit helps to get your name out there,” Miller said.

“On the circuit, coaches come out to watch you, and if they like you, they get in contact with your coach and begin the recruiting process.

“We played on the Adidas circuit, and coaches are always out to check out players on that. Adidas, Nike and Under Armour are the three main circuits.”

Miller was recently selected to compete in the second Allen Iverson Roundball Classic, which featured some of the top recruits in the United States (U.S.).

He was also invited to compete in the first ever All-Canadian Showcase, the second Canadian high school event to be certified by the National Basketball Association (NBA). This past season, Miller led Crestwood Prep to a third-place finish in the Eastern Conference of the NPA.