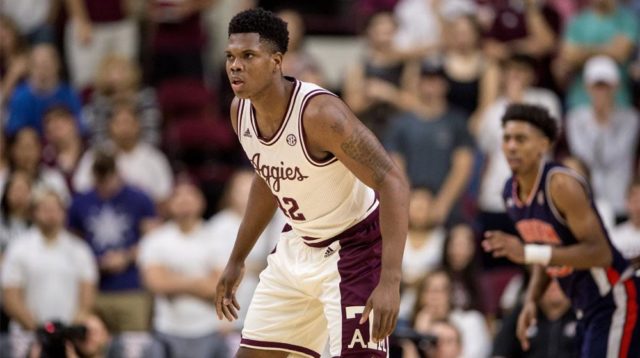 Tavario Miller this weekend signed on for another stint with Pioneros de Los Mochis on the Pacific Coast Basketball Circuit (CIBACOPA).

The circuit is a shortened season, running from the last days of March and ending in early June, with the playoffs set for the first week of July. The league is currently made up of 10 teams.

The team structure comprises two foreigners, a national or a Mexica-American’, two “B” categories of 25 years or younger, five locals over 25 and the others under 25 and one or two juveniles of 21 years or less.

Miller recently played for Fyllingen BBK in Norwegian BLNO League. In 20 games he averaged 19.8 points, 13.9 rebounds, 1.8 assists and 1.8 blocks per game on the season.

He also led the team to a semifinal appearance and was named to the All-Norwegian BLNO Second Team. Miller originally played with Pioneros last summer and averaged 16.6 points and 7.6 rebounds in 17 CIBACOPA games.

He made his first career start against Missouri, played a season-high 21 minutes grabbing a career-best 10 rebounds against the Tigers. His junior season was highlighted by the opportunity to play at home in the Battle 4 Atlantis and an appearance in the National Collegiate Athletic Association (NCAA) tournament.

In his freshman year, he averaged 1.8 points and 2.4 rebounds in just under 10 minutes per game, and as a sophomore, went up to 2.7 points and 3.7 rebounds per game in his second season.