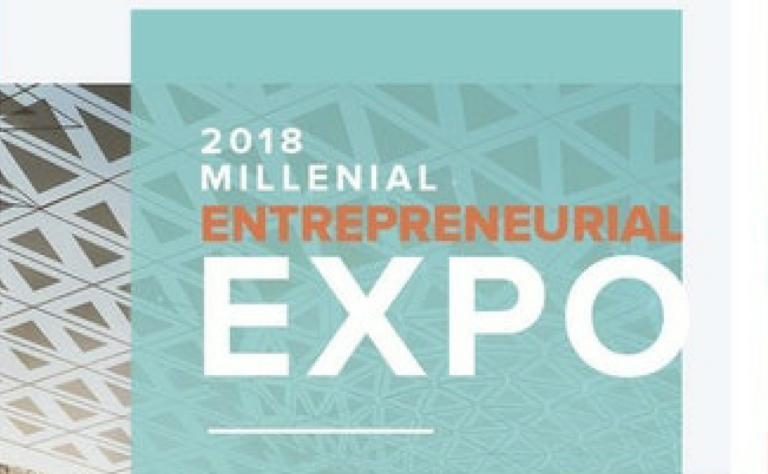 Dozens of Bahamian entrepreneurs marketed their products and services at the first ever Millennial Entrepreneurial Expo (MEE) 2018 held at St. Johns College Auditorium over the weekend.

The brainchild of Chief Executive Officer (CEO) of Trevents Audio Visuals & Events Clayton Panza, the expo was designed to expose entrepreneurs to vital information needed to expand their businesses, while exposing them to the general public in an educational and entertaining environment.

Scores of spectators and customers flocked to the auditorium to patronize the participating vendors, while also learning how to take their own businesses to the next level.

Hosted by Kyle Walkine, participants and guests heard the testimonies of the hardships many of these entrepreneurs experienced before gaining their business license.

He said, “I set my computer and monitor up and showed a reel of all the animation work I’ve done over the last 10 years.”

While Evans interacted with many people at the event, he said two in particular stood out, leaving a lasting impression with their questions.

“A kid that was 10-years-old came up to me and the first question he asked was, ‘so what kind of program do you use to edit?’

“I then went and opened up an editing program and showed him how I edit. I found out that he had already made a film (not an animation film) before but, didn’t do the editing part and wanted to learn more about it.

“Then, this 15-year-old girl and her family came by the booth and said she was interested in animation as well. That really made me smile.”

Evans said the event was advantageous and well attended and, by the end of the event, he was contracted to create an animation commercial for a client.

Speaking to a room filled with participants and guests, Start Up Bahamas CEO Peter Cartwright spoke about how he assists entrepreneurs in the steps to register a business.

“Over the last year or so, I would’ve started about 119 businesses, as far as business licenses,” he said.

“The majority of my customers are young entrepreneurs between the ages of 18 and 35. I’d say that eighty per cent of loans fall into that bracket. The other entrepreneurs, they are already established and want to set up a more legitimate side business.”

“We are getting ready to launch our ‘We Connect’ Program,” he said.

“The We Connect program is an online OnStar for The Bahamas. It simply means that from the seat of your car, anything that you want to do, you can press a button, alert our office and speak with an officer should you want to get movie tickets. Or, the fastest route through traffic if you’re driving home late in the evening if you think that you are being followed. We can contact all the emergency services.”