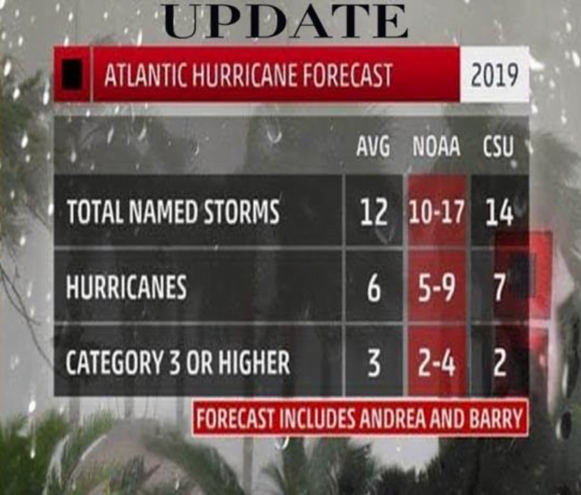 While meteorologists originally forecasted a slightly below average hurricane season, those projections have been revised with new data that has led meteorologists to believe there will more hurricane activity this season.

The National Emergency Management Agency (NEMA) reported yesterday that while the National Oceanic and Atmospheric Administration 15 named storms and two to four major hurricanes this year, the NOAA now projects 10 to 17 named storms, of which five are expected to become hurricanes.

The administration advised that two to four of those hurricanes could become major hurricanes.

Months into the hurricane season, NEMA warned residents, to be prepared, take all necessary precautions and be aware of the shelters in the respective communities in New Providence and the Family Islands.

Two named storms have formed for the season.

August through October are considered the peak months of the season.