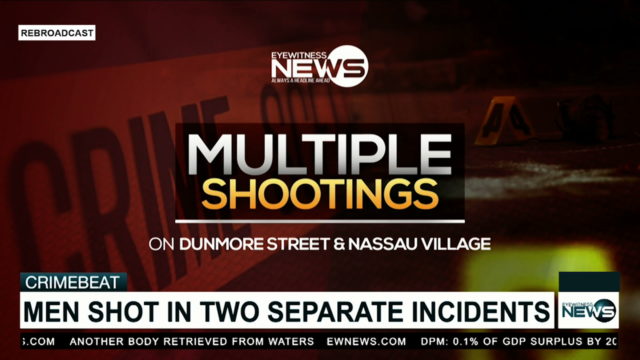 In the first incident, according to police reports, around 7:50 p.m. on Thursday, February 7, a man was on the outside of his residence in the Dunmore Street area, when an unknown male approached him and discharged a firearm, resulting in him being shot to the body.

He was transported to the Princess Margaret Hospital via ambulance where he is listed in critical condition.

In the second incident, around 9:48 p.m. on Thursday, February 7, a male was on the outside of his residence in the Nassau Village area, when a male approached him demanding cash and shot him to the foot.

He was transported to PMH where he is listed in stable condition.

Investigations into both matters are ongoing.