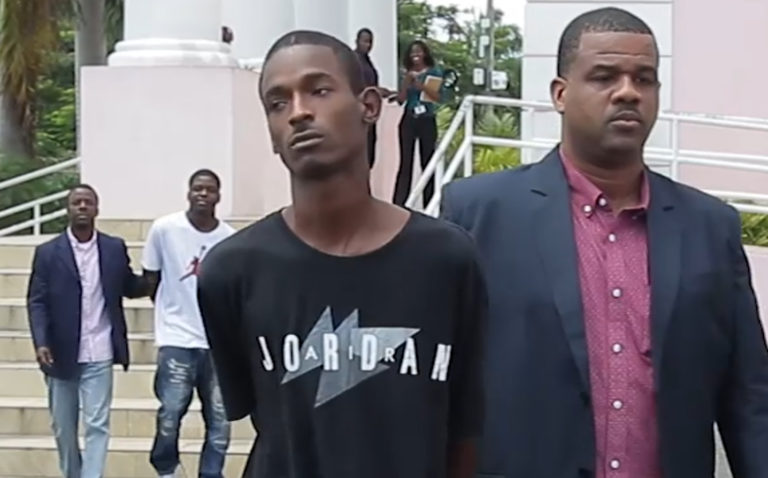 Two men were brought before a judge Friday, charged in connection with one of the country’s latest murders.

Alpheaus Smith, 23, and Tevin Johnson, 22, were charged with the murder of Andrew Ferguson on August 18.

The two appeared before Chief Magistrate Joyanne Ferguson Pratt and were not required to plead. They were sent to the Bahamas Department of Corrections (BDOC), where they will await trial at a later date.

Smith was also charged with the murder of Percy Sawyer in April of this year.

According to police reports, shortly before 11 a.m. on April 11, Sawyer was standing in front of a building on Acklins Street, when a silver vehicle pulled up, an armed male got out and shot him before speeding off.

The victim was transported to the hospital where he later succumbed to his injuries.

Smith is set to stand trial for this murder on October 15th.