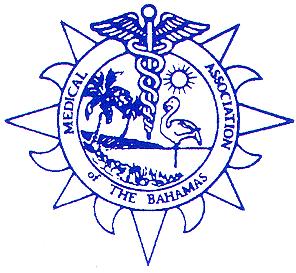 Medical Association of The Bahamas.

Assoc. calls for legislation to be amended to regulate usage and sale

NASSAU, BAHAMAS – The Medical Association of The Bahamas has expressed support for the legalization of medical marijuana, Eyewitness News can confirm.

The paper was presented to Minister of Health Dr Duane Sands on Saturday, and outlines eight position statements from the association on how the substance should be treated in a legalized framework.

“The time has come for us to re-evaluate our position on cannabis given the scientific evidence which supports its medicinal value in several disease states, and shows its potential in others,” the report states.

“We can no longer allow the history of marijuana to eclipse the benefits of cannabis in the future.

“The Bahamas should contribute to the body of research that will determine how cannabis is used by the medical community.”

The association recommended that the Dangerous Drug Act and the Pharmacy Act be amended to regulate the use and sale of the substance.

It furthered that no additional regulation for pharmaceutical cannabinoids was needed, “as the side effect profile does not appear to be any more dangerous than narcotics or other controlled drugs that are currently available”.

Among its other positions put forth in the document, the association endorsed the use of pharmaceutical cannabinoid for chemotherapy induced nausea and vomiting (CINV), chronic pain, multiple sclerosis, and HIV/AIDs, and furthered that more research needs to be conducted to determine the role of cannabis in gastrointestinal disease, cancer, and glaucoma.

“The Medical Association of The Bahamas supports unrestricted physician access to pharmaceutical cannabinoids that have undergone clinical trials to determine safety, efficacy, dosing and side effects, and have the ability to prescribe these medications at their discretion,” the position paper said.

It explained the association does not object to the use of CBD based products because they “appear to have limited toxicity and minimal potential for abuse”,.

However, the association said it cannot support the use of whole plant Cannabis for teas, edibles or any inhalation for medicinal purposes.

The paper underscored “insufficient evidence to determine appropriate dosing for symptom control, while minimizing side effects,” as their reason for this position.

Additionally, the association advised that while frequent long- term cannabis use is not harmless, particularly when associated with high concentrations of THC, the habitual use and practice to increase THC content for consumption should be discouraged.

“The Medical Association of the Bahamas recommends that every precaution be taken to prevent cannabis exposure to children and adolescents,” the paper added.

“School-based substance abuse prevention programs should be considered. Failure to do so can lead to catastrophic mental and emotional health, and irreversible cognitive performance.”

The preliminary report by the Bahamas National Commission on Marijuana (BNCM) was tabled in Parliament earlier this month, however its final report will be presented after a national survey is conducted to codify the views of the Bahamian public on the matter.

Cannabis possession would be decriminalized up to one once or less for personal use for people 21 years or older and laws would be amended for the immediate expungement of small possession criminal records.

Additionally, Rastafarians and other religious groups who use the substance as a sacrament would be allowed to possess, cultivate and use it for sacramental purposes.
In its position paper, MAB urged the government to “lead the Caribbean community in implementing legislation that promotes public education, health and safety above economic interests”.

“Policies should be dynamic with the ability to respond to our environment and the scientific data as it evolves,” the report added.

“A cautious, stepwise approach that seeks to maximize benefit while reducing harm, particularly in those that are most vulnerable, seems prudent.”