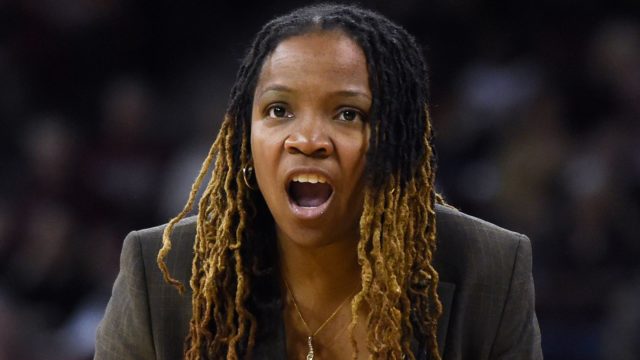 According to coach Yolett McPhee-McCuin, the honeymoon phase is now over and she’s ready to get to work on revamping the University of Mississippi’s (Ole Miss) women’s basketball program.

McPhee-McCuin was named as the team’s head coach last week and was officially introduced at the school on Monday. Ole Miss has made 17 National Collegiate Athletic Association (NCAA) appearances but not one since 2007. That team reached the Elite Eight, one of five Ole Miss teams to advance that far.

McPhee-McCuin left Jacksonville University, her first job as head coach, where she went 94-63 in five seasons.

“She is a recruiting machine,” Ole Miss Vice-Chancellor for Athletics Ross Bjork said.

“She develops players. The inter-personal relationships she will develop with our team is a must in college athletics today. Our goal was to find someone who would work hard and really capitalize on what’s here. It was not a daunting task.”

McPhee-McCuin will be paid $500,000 annually – $25,000 more than former coach Matt Insell’s base salary – with incentives, based on athletic and academic performance. The Rebels won one regular season SEC game in 2018.

“My story is one of consistently out-workin my opponent and consistently trying to out-do myself,” McPhee-McCuin said.

“I’m going to give you everything I have. There’s no coach in the country that is going to outwork me.”

McPhee-McCuin, who is also the head coach of The Bahamas’ women’s national basketball team said, she’s looking to bring some fun back to the program and will emphasize the importance of performing on the defensive end of the court.

“My top priority is to assess the roster and figure out what I’m working with as far as depth is concerned then brining in a staff,” she said.

“I don’t have a problem rolling up my sleeves. There’s no job that’s too big or too small. Success will only come, “by being better every day, focusing on our process, our journey and what that looks like for us, so that ultimately the goal is not to compete in the state but nationally.”

During her time at Jacksonville, McPhee-McCuin led the Dolphins to three 20-win seasons, two Women’s National Invitational Tournament (WNIT) bids and an NCAA bid. She takes over a Rebels program that has gone 18-62 in SEC play over the past five seasons.