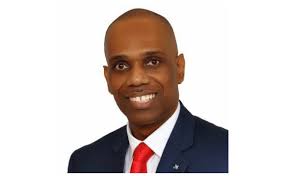 NASSAU, BAHAMAS – Despite being a member of the government, Frederick McAlpine, the Free National Movement’s member of parliament for the Pineridge constituency, offered several stinging criticisms in response to the government’s 2019/2020 budget and its management of the economic affairs of the country.

The Pineridge MP has faced public backlash on many occasions from FNM supporters who have questioned his loyalty. But last Thursday, McAlpine claimed that since voting against an increase in Value Added Tax (VAT), he has been, in some instances, excluded.

According to McAlpine, he has not been invited to one Grand Bahama parliamentary caucus meeting, yet the government speaks of being ‘transparent’ and ‘accountable’.

“Now if they do this to their own people, what do you think they would do to you, the people who they claim ‘it’s the people’s time,’” McAlpine asked.

“Don’t get mad with me, all I’m doing is being transparent and accountable to the people of Pineridge.

“Some have asked the question of me; as a government member, why do you have to speak to them [the government] in public?

“Well, the answer is I won’t have to speak to them in public if they would speak to me in private.

“I guess they treat you according to the circle you are in.”

The Pineridge MP said he remains to be a member of the FNM because he promised his constituents that he would be a voice for the people of Pineridge.

He also noted that he will make every effort to give the governing party a chance, by being one of the ‘voices within’ to have them ‘stop, reassess, reset, refocus, and reorganize’ back to the People’s Agenda. He said while this may prove to be ‘fruitless’ at this time, he will continue to fight in the FNM to effect change from within.

Giving his feedback on the 2019/2020 budget, McAlpine said while many may appreciate the duty concession on refrigerators and stoves, his heart goes out to the thousands of Bahamians who cannot afford to put food in refrigerators and on the stoves.

He said too many Bahamians are going to bed hungry while the bellies of parliamentarians are full.

The Pineridge MP also noted that the Bahamas cannot have a government that relies solely on the advice of Standards & Poor’s while the Bahamian standards have dropped and many of our people live in poorer conditions.

McAlpine said Governments are supposed to make life better and easier for its citizenry and create opportunities for personal advancement of its people.

He said the ultimate question is, is this being done?

He also queried whether the life of the Bahamian is better off today than it was prior to May 10, 2017.

“Only the Bahamian people have the answer to this question and time will tell,” McAlpine said.

“If you did right for the people and by the people then you have nothing to worry about. But be assured, if the Lord delay His coming, judgment day is coming for all of us in this place by the Bahamian people.”

McAlpine said this government and its leadership must now show the country that they about governing and not getting even.

“It’s about performance and not personal attacks,” he said.

Debate on the government’s 2019/2020 budget is expected to continue in the House of Assembly tomorrow at 3:00 p.m.