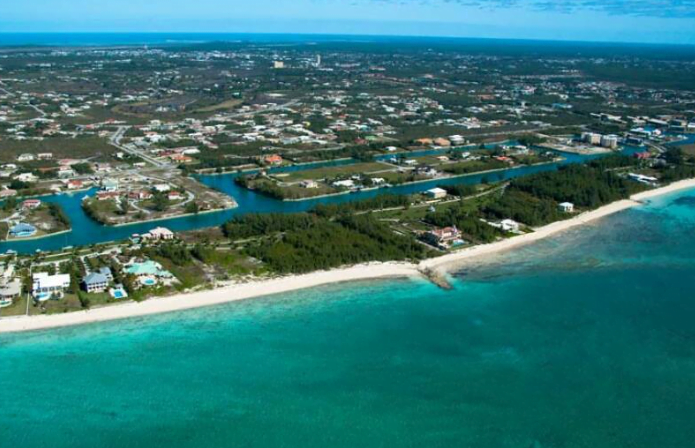 NASSAU, BAHAMAS — Former Pineridge MP Frederick McAlpine does not believe the government should acquire the Grand Bahama Port Authority, though he believes a change in leadership at the entity is needed.

McAlpine’s comments came after Prime Minister Philip Davis said on Wednesday in response to a question about the GBPA that he is intent on helping Grand Bahama fulfill its potential after decades of stagnation.

Eyewitness News understands that the Davis administration is eying potentially major changes to the GBPA and that officials have had meetings about the future of the organisation with leaders since coming to office.

Cabinet ministers, however, declined to comment on the matter yesterday, telling EWN the talks are sensitive.

McAlpine said: “When it comes to the Port Authority, within the last two decades, people are now questioning the relevancy of the Grand Bahama Port Authority.

“I’ve said then and I’ll say now, there still seems to be a lack of vision and it seems not to be cohesiveness between the relationship between the government and the Port Authority who when it is convenient pass the buck onto the other.

“I believe that if what you have at the top doesn’t seem to be working then perhaps it is time for the Port Authority leadership, for the shareholders to consider the leadership. Perhaps it’s time now for new leadership in the running of the day-to-day operations of the Port Authority.”

Asked if the government should encourage the same of the port, McAlpine said no.

“For instance,” he said, “the people in the Freeport area are still not comfortable at this time with the government perhaps collecting their garbage. They’re not doing the best job in other jurisdictions.

“There are some benefits we have reaped from the Port Authority, sanitation, water, etc. But when it comes to the development, such as investors living up to their obligations, it has become very ambiguous within the last two decades.

“The question is, is it perhaps time for the shareholders to take a look at the partnership between Hutchinson Whampoa and the Grand Bahama Port Authority to see which has been weakening and causing the organization and the company to seem lacking a vision and not being able to bring in new investors so that Grand Bahama can have the uptick that it needs economically?”

However, Zhivargo Laing, another former Grand Bahama MP,  said yesterday that people must think through what is possible and not.

He said: “If you own your home, what will be the circumstances in which the government should step in and force you to sell it? Whatever the port owns, it’s a private entity. We have private property rights in this country. If the government wants to encourage the port to do something it can encourage the port to do something but what would be the basis of someone hearing around the world that the government decided to just require the Port to sell? Why would we want to set that precedent in The Bahamas and for what reason?

“The government of the Bahamas runs a deficit of almost a billion. What is the government going to do to incentivize the Port to sell? And why would anyone think the government stepping in would be any better off? Things have to be thought through. They can’t just be wild thoughts that they have.

Rev, first time for a long time I agree with you.

A change in leadership? Oh that’s what’s needed! Tell us how that happens. Tell us why has it not yet been done.