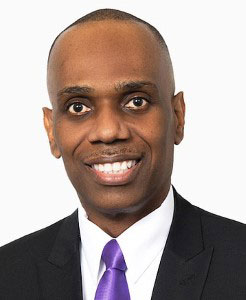 NASSAU, BAHAMAS — Former Free National Movement (FNM) member and Pineridge MP Frederick McAlpine said yesterday that the FNM would bode well with new leadership, but it must reconcile its failure with the Bahamian people in order to emerge as a viable option for the electorate in the future.

“The Free National Movement must get its house in order,” McAlpine told Eyewitness News.

“We must stop thinking that people who criticize constructively are anti-the-party.

“We must relieve ourselves of the spirit of arrogance that has seen permeated over them over the last four and a half years, and leadership is going to be an issue.

“When it comes to leadership my final words will be, many are called, but few are chosen.”

To what the FNM needs to do to appeal to the electorate again, McAlpine indicated a leadership change would be good, but the party must embrace all, including the third parties’ fractions with a spirit of reconciliation.

“We heard an apology during the campaign, I think it came too little, too late,” he said

“It was almost like a move of desperation; you’re now apologizing.

“You starved me. You degraded me and now you’re apologizing to me — too little too late, and when I say that I am talking about the Bahamian people.

Minnis will lead the party and the Her Majesty’s Official Opposition in Parliament, but will not vie for the leader of the party at the FNM’s convention in November, stepping aside for new leadership.

The former MP did not reveal who he thinks would be fit to be the next leader.

McAlpine added he would reconsider rejoining the FNM under new leadership after assessing “the tone” of that leader.

After not receiving a nomination from the FNM, McAlpine ran as an independent.

The Pineridge incumbent lost his seat but captured the largest bloc of votes among the independent or third-party candidates.

McAlpine outperformed the FNM’s candidate for Pineridge, Welbourne Bootle, who got 886 votes.

According to McAlpine, had he had the financial, political, or corporate backing of the PLP candidate, he believes he would have won the seat.

Despite not winning his seat, he said “I’m not sure I lost” with the showing of support for his candidacy.

He said the result speaks to the Bahamian people’s desire for change, and representation of “credible”, independents or a third force.

Asked if he had any regrets, McAlpine said he maintained his integrity and “can sleep at night”.

He said: “There is no regret. I did not go to the PLP and I don’t regret not going to the PLP.”

Asked about future plans, McAlpine said he will continue to be a voice for Bahamians.

As it relates to the Davis administration, McAlpine said: “Time is longer than rope”, adding that time will tell in the PLP will be good for The Bahamas or bad.

“Time will determine whether or not they are able to embrace words such as transparency and accountability,” he said.

“The Free National Movement fell down on those words.

“Let’s see if the Progressive Liberal Party can embrace those words.”