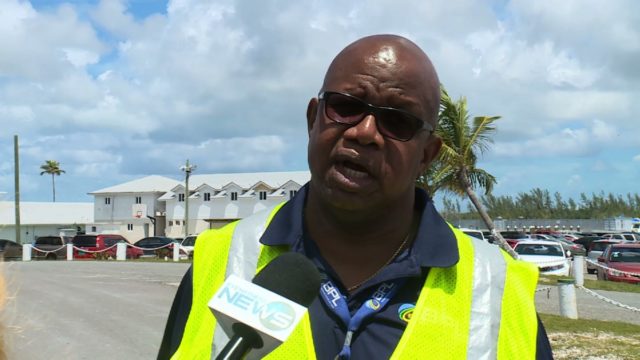 NASSAU, BAHAMAS – Bahamas Electrical Workers Union (BEWU) President Paul Maynard said yesterday that while Bahamas Power and Light (BPL) has a short window to shore up its summer plans, inclusive of acquiring additional generation capacity, he believes once done, the power provider will be able to sufficiently meet the increase demand this summer.

His comments come on the heels of BPL Chairman Dr. Donavon Moxey announcing that BPL does not anticipate load shedding exercises this summer.

Moxey said as part of the power providers summer plans, several key generation assets are being maintained and several more rental generations will be brought in to address the summer demand.

Yesterday, Maynard pointed out that if BPL returns its [D9 ] generator service it will be in the same position it was last year.

However, he pointed out that with expectations for Atlantis and Baha Mar to reach full occupancy, there is a need to acquire between 25 megawatts to 50 megawatts of additional power.

“They’d be at the same position they were last year.

“They also have 12 rental units down at Clifton Pier.

“But G1 is out, so they have to make an effort to get 25 megawatts from somewhere.

“So, they have asked for people to send in for rental units, but they have to do it fast; by May it has to be in place. It’s May the summer starts and it’s hot now.

“Once that happens then, the chairman is right [BPL] will be fine, although if some event happens it will be the normal thing. You just have to fix the engines.”

BPL has been plagued with persistent outages for years, particularly in New Providence.

Those outages typically become more frequent during the summer months, when increased demand strains the aged grid, and generation capacity is limited.

“You have to have a reliable supply,” Maynard said.

“Generators are supposed to be a temporary measure, which is why they are called standby generators.”

In an interview with the Broadcasting Corporation of The Bahamas, Moxey said, “From our prospective, we are doing everything that we can in order to prepare for the load that we require to deliver during the summer months.”

The chairman also addressed the cost of electricity and what consumers could expect in the coming months.

At current, the fuel surcharge has been maintained at around 19 cents per kilowatt hour.

However, he encouraged consumers to be mindful of their consumption and undertake energy saving measures.

As it relates to maintenance, Maynard said the overall and maintenance on the various Family Island and New Providence has progress well.