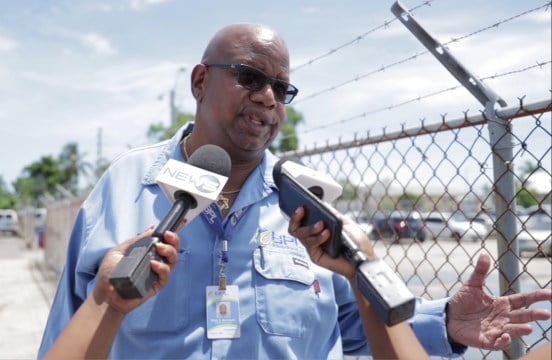 Union pres. says staff is overworked, fatigued and facing threats from the public

NASSAU, BAHAMAS — The frequent and persistent load shedding in New Providence that has become commonplace in recent months, must to the frustration of Bahamas Power and Light (BPL) consumers, has also taken a physical and emotional toll on the power company’s employees, according to Bahamas Electrical Workers Union (BEWU) President Paul Maynard.

In an interview with Eyewitness News Online, Maynard said the workers are overworked and tired from constant repairs to failing generators, transformers and other equipment, the workers have been being harassed and even threatened by members of the public.

“We have to also take people with us because it is very dangerous out there,” the union president said.

“As I said, we had a situation in Montell Heights, where guys were working and they were going places and people were abusing them publicly. One guy was going to work and they threw hot coffee on him. It’s ridiculous and no one cares about the workers.”

It is unclear if the legal action was taken against the alleged attacker.

Maynard continued, “I spoke to the security chief about this and you know, he isn’t making $100,000 a year, you think he checking for me? No. They go home safely to their families and stuff and they aren’t checking for anybody. The staff is at its wit’s end. The staff want to do things and we can’t do it because they can’t afford to let us go.”

Maynard said employees in many instances have been working around the clock.

In some case, workers have endured double and triple overtime, according to Maynard, who said the BPL disengaged too many employees during its last voluntary separation package (VSEP) exercise.

He claimed that current circumstances at BPL might have been avoided had BPL CEO Whitney Heastie listened to the union about the VSEP exercise.

He called on the CEO to engage the union more on the way forward.

“The point is, he needs to come out of his ivory tower and have a conversation with the union about the situation, but he is avoiding everyone,” Maynard claimed.

“You can’t. You have to talk about this and most of this is his fault; had he listened to me, it would [not] have happened. I told him you are letting too many people go at once; we cannot handle the load.

Following months of load-shedding in New Providence, Heastie revealed Sunday that the power company has been teetering on “the edge, of the cliff” with a 40-megawatt generation shortfall and no expectation of load shedding desisting until fall.

Sancheska Brown is a senior broadcast reporter with Eyewitness News, covering a wide range of beats, from government and politics to business and human interest. In 2018, her reporting was recognized by the Bahamas Press Club Awards with a nomination for “Best Television News Story”. Her primary drive as a journalist is to bring real issues to the center of public discourse. View all posts by Sancheska Brown →