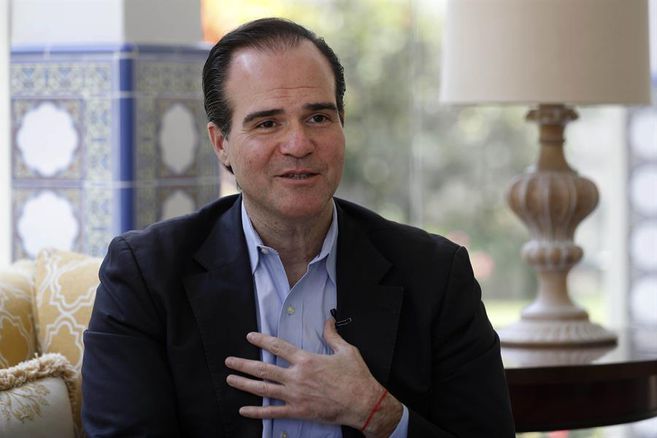 Mauricio J. Claver-Carone was elected President of the Inter-American Development Bank (IDB) today during an electronic meeting of the Bank’s Board of Governors.

As President, he will oversee the operations of the IDB Group, which comprises the IDB, IDB Invest and IDB Lab.

Claver-Carone will succeed current President Luis Alberto Moreno. The Board of Governors today also issued a resolutionexpressing gratitude to President Moreno for his service.

Claver-Carone is currently Deputy Assistant to the U.S. President and Senior Director for Western Hemisphere Affairs at the U.S. National Security Council.

He previously served as U.S. Representative to the International Monetary Fund and as Senior Advisor to the Under Secretary for International Affairs at the U.S. Department of the Treasury.

He earned his Bachelor of Arts degree from Rollins College, Juris Doctor from The Catholic University of America and Master of Laws in International and Comparative Law from Georgetown University Law Center.

The Board of Governors is the Bank’s highest authority. Each member country appoints a Governor, whose voting power is proportional to the capital in the Bank subscribed by his or her country. Governors are typically finance ministers, central bank presidents, or other high-ranking officials.

The Board of Governors holds annual meetings to review Bank operations and make key policy decisions. It also occasionally holds special meetings, including to elect a President.