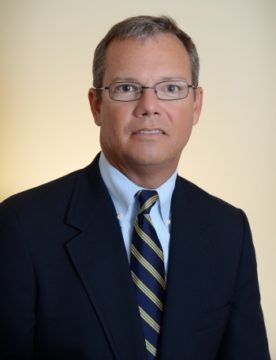 NASSAU, BAHAMAS – Following the government’s announcement that Global Ports Holding was chosen as the preferred bidder for the redevelopment of the Nassau Cruise Port, Chief Executive Officer of Arawak Port Development (APD), Michael Maura expressed on Monday that vendors in the Prince George Wharf area should be happy about the redevelopment project.

“I would say from a taxi driver, tour operator, retail operator perspective, personally I think it is a celebration,” Maura said.

A few weeks ago, Opposition leader Phillip ‘Brave’ Davis expressed concerns about taxi drivers, tour operators and retail operators not being included enough in discussions regarding the new development as the port serves as a primary source for their livelihood.

During an interview with media yesterday, Maura told Eyewitness News that the redevelopment of the Port was needed so that New Providence does not decline in value as the market upgrades.

“What we do know is that we have hundreds of vessels; new cruise ships that will be coming out of the yards over the next five to 10 years. I think there are 20 new shipping companies that are being created right now.

“And so, what has to happen is that you have more ships coming and these ships are bigger. There has to be some changes made to Prince George Wharf to accommodate these larger vessels and more of them.

“You can leave it as is but what that means is the market share for New Providence is going to decline as opposed to growing and expanding in relation to the expansion of the industry itself.”

Maura reassured however, that the project will not have a negative impact on vendors and transportation operators.

“You’re looking at this expansion, it’s going to take our tourism arrivals from about 3.6 million to an estimated 5 million, which means more opportunities to put more people in taxis, to give more tours, to sell more goods too,” Maura said.

He added that the focus is on the greater good for all involved.

“I would also say that from a taxi, from a tour operations perspective, you would want to make sure everything is fair in terms of the processing and handling of customers so that everybody has an opportunity to participate and that as they say a rising tide should float all boats. And so, that’s really what the focus is and that’s what my concern and effort will go into; just making sure this is something that benefits the majority of Bahamians.”