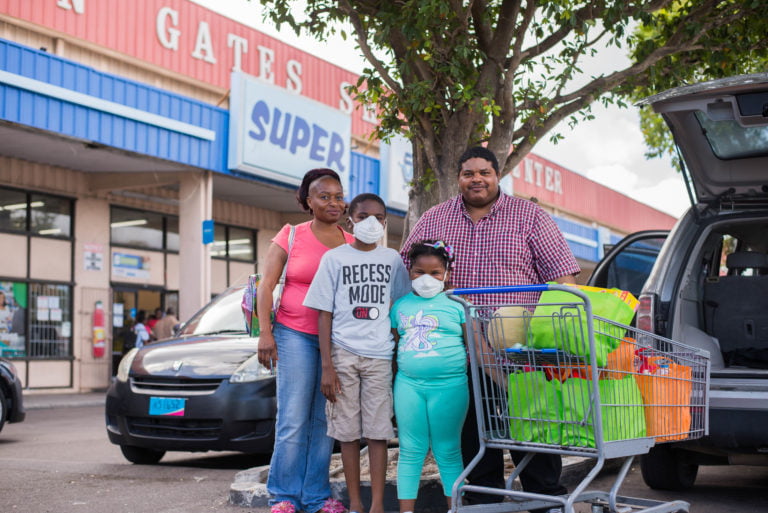 NASSAU, BAHAMAS — Attorney General Carl Bethel has said that The Bahamas will soon start the local manufacturing of masks for Bahamians.

Bethel made the revalation in the Senate on Monday, during  debate on a resolution to extend the state of emergency and emergency powers to April 8.

The resolution was passed unanimously.

During his contribution to the debate, Senator Dr Micheal Darville pointed to small countries like Iceland, who have implemented the use of masks, and advocated for their use by everyone in The Bahamas during their interaction with the general public.

After Darville’s presentation, Bethel advised that the production of masks will start “in short order”.

“I was approached by a group of Bahamians who want to go into the business of mass-producing face masks here in The Bahamas,” he said.

“They are virtually impossible to obtain overseas at this time, although we have ample stocks for the medical professionals.

“So we needed some exemptions to have a fabric store to apply them, which I will advise to the competent authority (prime minister) that he should grant urgently.

“I think we will start to see in short order, face masks produced in The Bahamas for Bahamians.”

Throughout the course of the global outbreak of COVID19, general messaging from health authorities have consistently urged that there is no need to wear a protective mask.

Some health experts have said there are no potential benefits and argue concerns over misuse.

In an interview with Science Mag last week, Director-general of the Chinese Center for Disease Control and Prevention (CDC) George Gaol’s said: “The big mistake in the U.S. and Europe, in my opinion, is that people aren’t wearing masks.”

Science is the peer-reviewed academic journal of the American Association for the Advancement of Science.

The virus originated in Wuhan, China; however, Europe has become the epicenter of the pandemic, as countries like Italy and Spain record higher numbers of deaths.

The United States has the highest number of coronavirus cases in the world.

However, while appearing as a guest on Guardian Radio talk show, Morning Blend, with host Dwight Strachan, Health Minister Dr Duane Sands said despite WHO’s recommendations, they are suggesting that Bahamians wear masks if they have access to them, or even a homemade mask.

“The Bahamas has softened its position a bit and said that look, while we are aware of the evidence, certainly what we have to do first is make sure that face masks are available for front line workers inclusive of healthcare workers, police officers, immigration officers, ambulance drivers, even people that interact with the public,” he said.

“And while homemade face masks do not provide the same level of protection, they probably provide some protection and they reduce the spread of this disease, which except in extenuating circumstances, is spread by droplets.”

Bethel also recommended on Monday that Bahamians use home-made masks “until we can get our manufacturing base up to speed and mass produce the kind of masks that would be a slightly higher quality.”

As of yesterday, The Bahamas has confirmed 15 cases of the virus. Worldwide, there have been just over 850,00 cases in more than 200 countries.