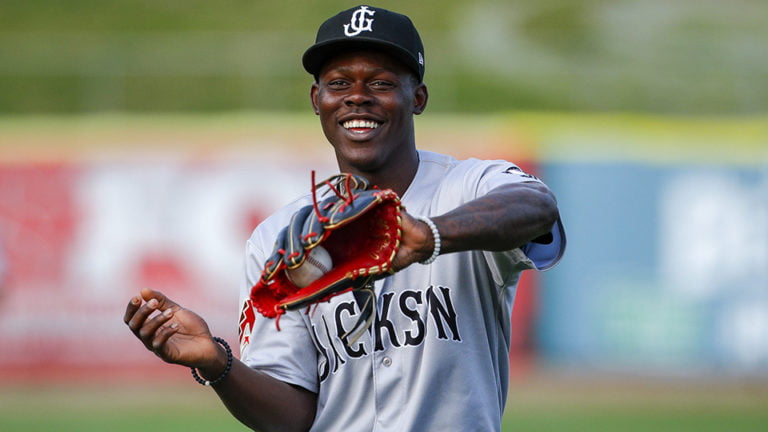 NASSAU, BAHMAS- The Miami Marlins have called up shortstop prospect Jazz Chisholm to the major league.

Chisholm first transitioned to the pros during the 2015-16 international signing window and has garnered attention with his play, consistently making the top-100 prospects list in recent years.

Chisholm, whom the Marlins acquired in last year’s trade with the D-backs for starter Zac Gallen, is primarily a shortstop. However, he’s expected to spend some time on second base this season as well.

“He’s working hard and actually been playing quite a bit of second base, and that’s kind of where we see his niche or fit with our club, playing some second, maybe giving him a day at short now and then,”Marlins manager Don Mattingly said about Chisholm. “Jazz is part of the club right now, so we’ll try to fit him and set him up to have success and put him in good situations.”