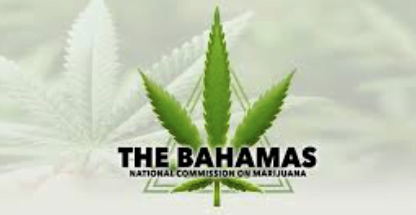 NASSAU, BAHAMAS — The Bahamas National Commission on Marijuana (BNMC) has been reappointed by the prime minister for another year, according to the commission’s chairman Quin McCartney.

McCartney told Eyewitness News that the commission, which held its first meeting since March earlier this week, is moving to assess the way forward in order to gauge public opinion on cannabis and make final recommendations to the government.

The commission’s mandate was initially for three months, but it has now been engaged on the issue for more than two years.

Cabinet approved the formation of the commission in July 2018, following recommendations by the Regional Commission on Marijuana at the 39th Regular Meeting of the Conference of Heads of Government of the Caribbean Community (CARICOM).

The regional commission put forward the view that in a regulated framework marijuana should be treated similarly to tobacco and alcohol.

When Prime Minister Dr Hubert Minnis returned from the CARICOM meeting, he announced the government was establishing a committee to gauge public opinion on cannabis.

However, the BMC was granted a three-month extension to complete its work after missing its April 2019 deadline.

The commission’s preliminary report was leaked to the media in January and later tabled in Parliament in early February.

Its final report was expected to be presented following a national survey to codify the views of the Bahamian public on the matter, however, the local spread of the virus has derailed most of the government’s plans.

“The members of the commission are committed to completing its job…and we want to submit a final report with our recommendations,” McCartney said.

“Circumstances sort of slowed the process down, but I think the majority, if not all of us are committed to carrying the process forward.”

McCartney noted that one member of the commission, nurse Julian Munnings, has since passed away, adding there is a sense of obligation to finish the work they all started.

“What we submit to the government would be recommendations,” he said.

“They are not binding on the government, but we hope the government will consider the recommendations that we put forward, and hopefully supported by the survey will help to guide them in making what must be a very difficult decision on this particular issue.”