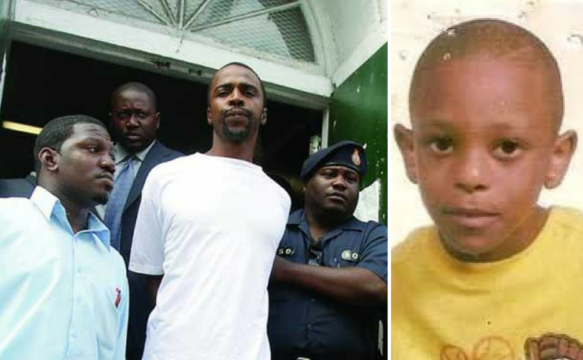 From left: Kohfe Goodman being escorted into court and murder victim Marco Archer.

Sentencing was finally handed down for convicted child rapist and killer Kofhe Goodman Monday as he was sentenced to 55 years in prison.

Yesterday Supreme Court Justice Carolita Bethel ruled that Goodman, 42, would not face the death penalty for the murder of 11-year-old Marco Archer, which took place back in 2011.

Seven years will be slashed from Goodman’s sentence for time already served.

This is the second time Goodman has been convicted and sentenced for killing Archer. Back in 2016, his previous conviction and death sentence were overturned by the Court of Appeal due to pre-trial publicity.

No stranger to the courts, Goodman was also convicted back in 1993 for the sexual assault and murder of a 10-year-old boy. During that trial he confessed to raping the boy but not to the murder and was subsequently sentenced to three years for that crime.

In 1996, he was sentenced to 18 years in prison for the attempted murder and bodily harm to another 10-year-old boy.

Goodman intends to fight the courts on its most recent ruling.