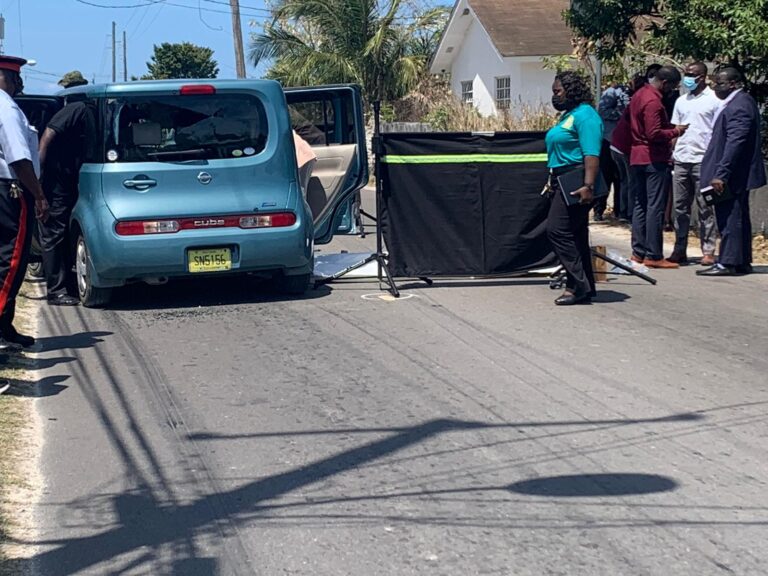 Police on the scene in the Kemp Road area, where a man was shot and killed on Friday, April 9, 2021.

NASSAU, BAHAMAS — A man believed to be in his early 30s was shot and killed on Kemp Road, shortly before 1pm today, according to police.

ASP Audley Peters said the man was driving a Nissan Cube, traveling north, when the driver of another vehicle stopped in front of him and exited, armed with a firearm.

Peters said the man fired multiple shots at the victim as he attempted to exit the vehicle.

The suspect was able to escape.

“There’s no indication at this time that the matter is gang-related, but the evidence will lead us to what the motive is,” Peter said.

He noted that police are following very positive leads and “hope to bring this matter to a close as soon as possible”.

Police called on members of the public and residents in the area who may have information on the matter to come forward.