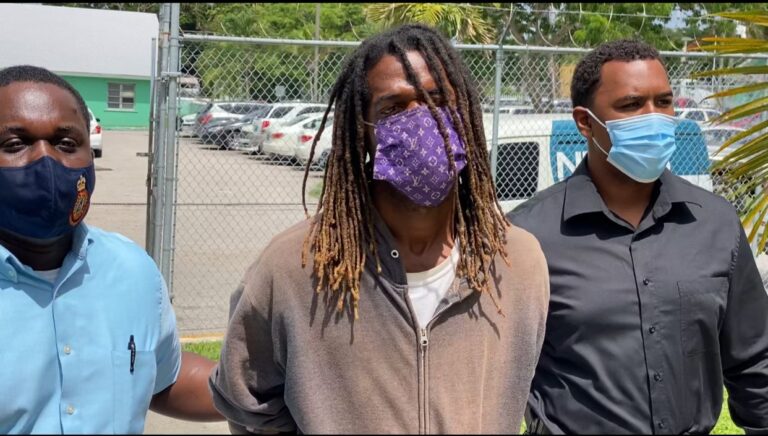 NASSAU, BAHAMAS — A man was remanded to the Bahamas Department of Correctional Services after he pleaded guilty to threatening to harm High Commissioner Designate to South Africa His Excellency Sebastian Bastian.

Kenson Knowles, 30, appeared before Magistrate Derence Rolle Davis and was charged with two counts of threats of harm and one count of threats of deaths between July 14 and 16.

In one recording, Knowles seemed to refer to Bastian as “the devil” and said he should have had a son instead of a daughter, as he would have killed a son.

A later purported video recording of Knowles saw him apologizing for the earlier threats.

Yesterday, the prosecution advised the court that Bastian reported the matter on Sunday after someone forwarded him two voice notes containing the threats to his and his relatives’ lives.

According to the prosecutor, in Bastian’s report, he said the defendant had posted a series of derogatory comments toward him in the past, but he ignored them.

Knowles, a music producer, was arrested on Eleuthera soon after the complaint.

During his police interview, he reportedly told officers he made the threats because people working for Bastian wronged him.

The magistrate asked Knowles why he made the threats.

He responded that it was never his intention for the recording to go viral.

He alleged those close to the businessman “worked magic” on him, allegedly stole from him and sought to kill him.

When the judge asked why he chose to target Bastian and his business partner, Knowles claimed the men were members of a cult.

He then held up his hands to demonstrate a hand sign for the supposed organization.

In response to questions from the judge, Knowles said he was under a lot of pressure and “lost it”.

He conceded that he let his emotions get the best of him, adding that he was trying to protect his business.

The judge ordered a psychiatric evaluation.

Knowles is expected to return to court on August 30.