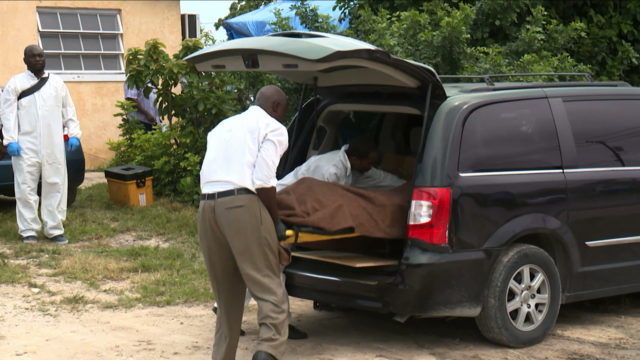 A man was found dead in his car Tuesday afternoon in the Montgomery Avenue area, just off Carmichael Road, the victim of gun violence, according to police.

Police said they received a call around 3:00 p.m. yesterday that a man had been found fatally shot in the head while in a silver Honda Accord outside of his home.

Police said the man is believed to have been dead since early that morning.

Bullet holes could be seen in the rear of the car and through the back car window.

Family members confirmed the man to be 34-years-old, although they did not provide a name.