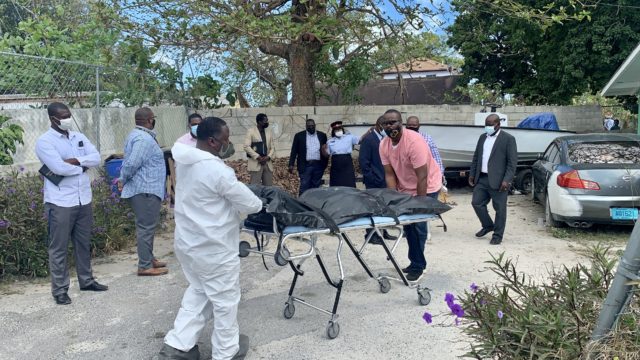 NASSAU, BAHAMAS — A man was found dead following a shooting incident behind a preschool on Marmalade Close early this morning.

Responding officers arrived at the scene shortly after 9am.

According to Police Press Liaison ASP Audley Peters, officers found the victim lying on the ground with gunshot wounds about his body.

He was pronounced dead at the scene.

Police are appealing to anyone with information to contact them at 502-9991.

Investigations are ongoing, however, police are treating the matter as a homicide.